For other Reliants.
Also known as Kitten Corner, Rebels Retreat..make up your own name!
We all know Reliant ownership is contagious

I’ve bought myself a Rebel and the unusual east west mounting master cylinder has a scored bore. Anyone know where I can get one, or am I going to have to convert it to the common north/south type?
Last edited by turbster on Fri Oct 04, 2019 3:21 pm, edited 1 time in total.

I gave up and converted mine

Wonder if the kitten gear would be an easy replacement?

Everybody loves a Rebel! Just need some panels to make it a van now

Wonder if the kitten gear would be an easy replacement?

Already thought about recreating that one.. another day maybe!?

Didn’t Joe on here have a thread mentioning panels for van windows? I might be going mad...

Didn’t Joe on here have a thread mentioning panels for van windows? I might be going mad...

No I remembered that too, meant to message him so cheers

Joe. wrote: ↑
Mon Jan 30, 2012 5:50 pm
While on the Isle of wight we took advantage of the use of Dave's bosses' workshop to create some moulds for some new side panels. Creation of moulds is much easier with access to a decent workshop with space to work and the use of bench saws etc!

I've not got many photos of the woodwork. Essentially they were made from pine strips screwed to a sheet of hardboard. The wood underneath gives the hardboard a slight curve to matches the slight curve in the body of the van. The corners are made of body filler as it was quicker than making them out of wood. If you were making a mould to be reused many times it would pay to do these in wood too. 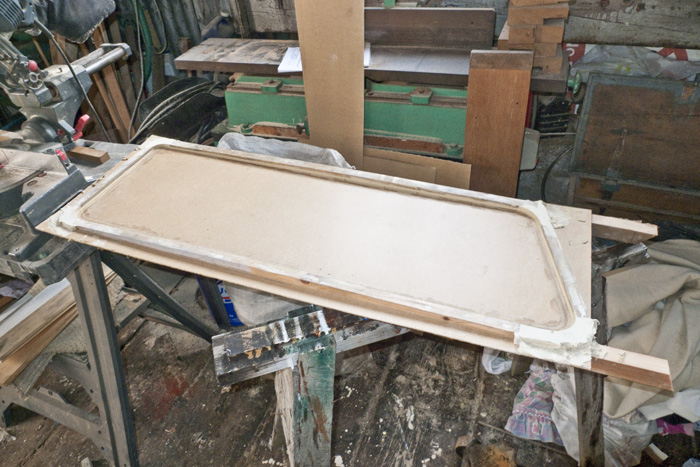 The moulds were fared in filler, creating a radius and also filling in screw holes and imperfections in the wood. 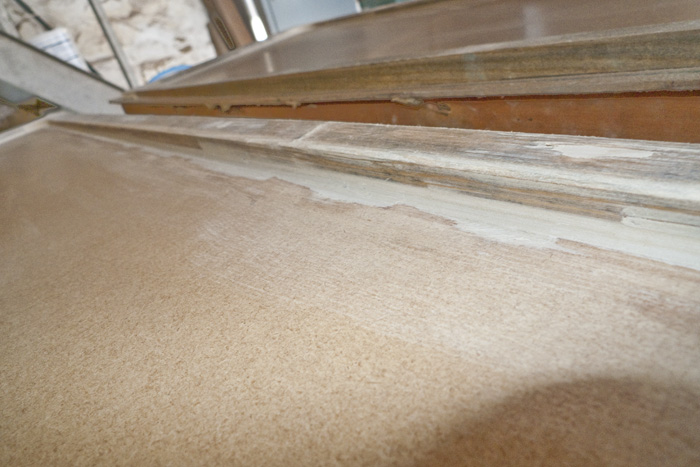 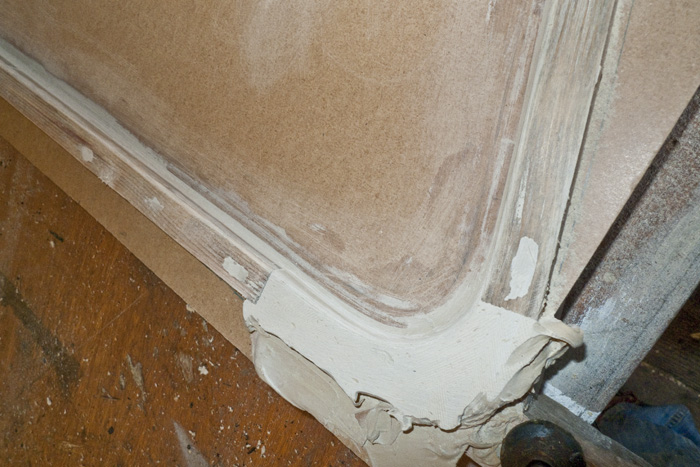 Filled sections were then sanded down and the moulds were clamped to the bench to prevent distortion. 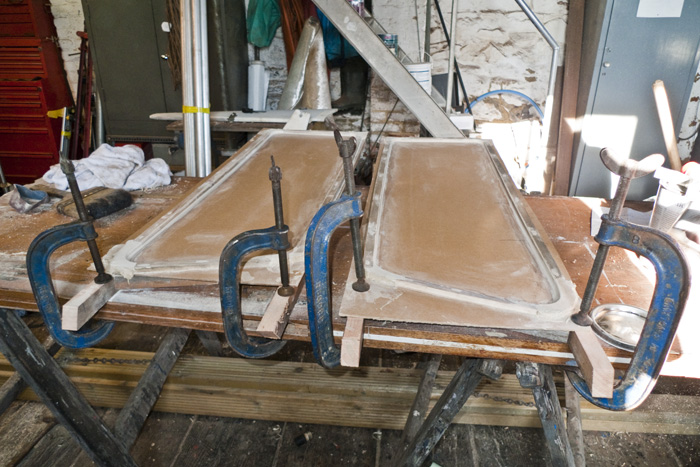 The moulds were then coated with 5 coats of release wax this is the minimum needed, ten coats is a good target to get the best results. 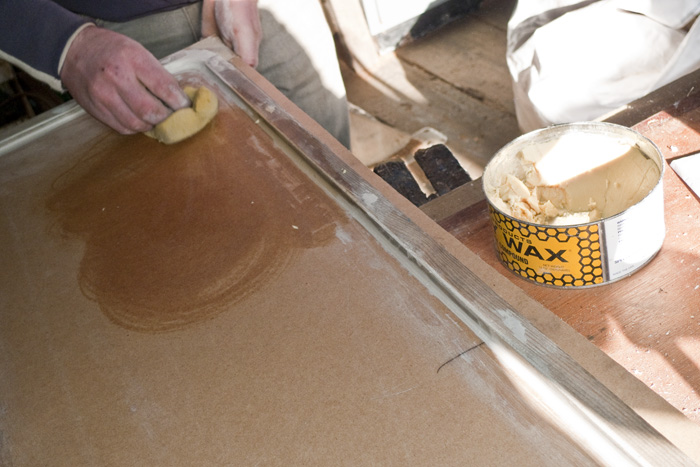 The wax was then buffed with a fresh cloth. 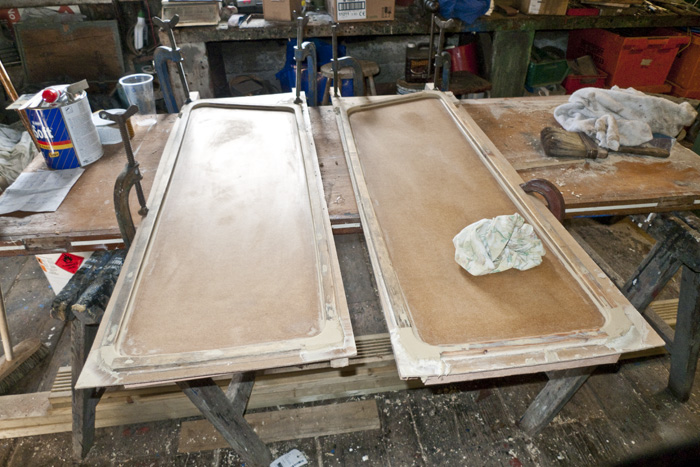 The moulds were ready for Gelcoat, given the cold temperature in the workshop we were using a 2% mix of hardener. Resin was weighed to calculate hardener mixes accurately. 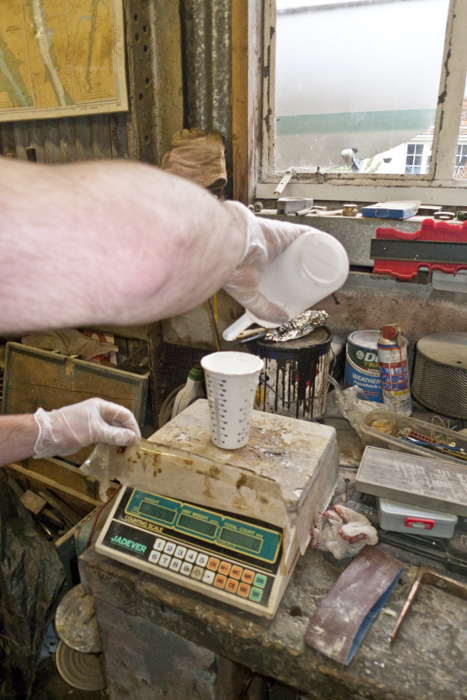 Gelcoat was then applied to the moulds 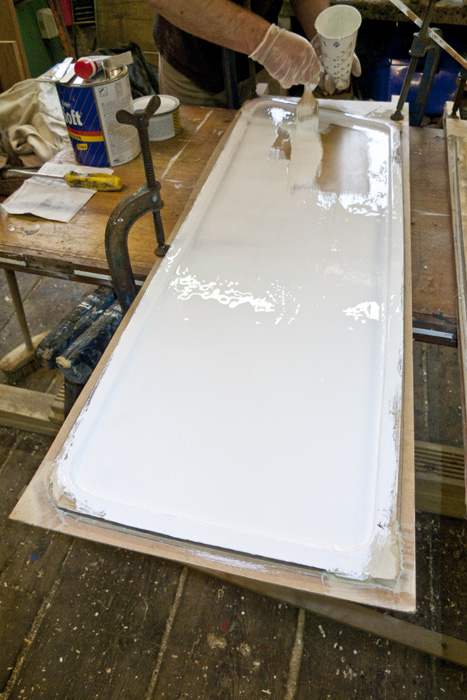 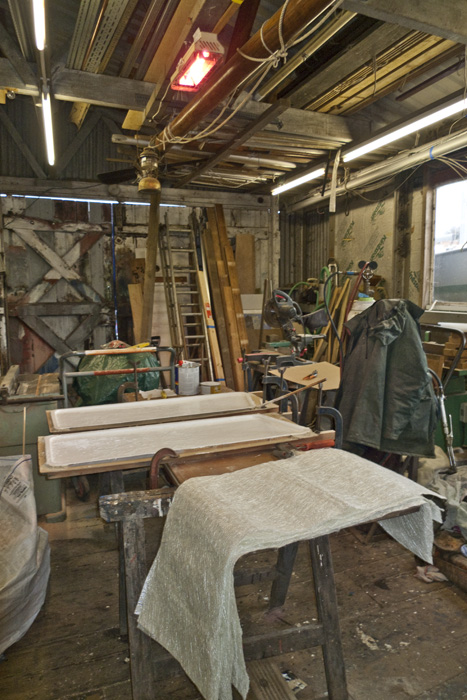 the lay up could then begin, each mould used 2 sheets of medium density csm. any additional thickness will be added when the panels are fitted. 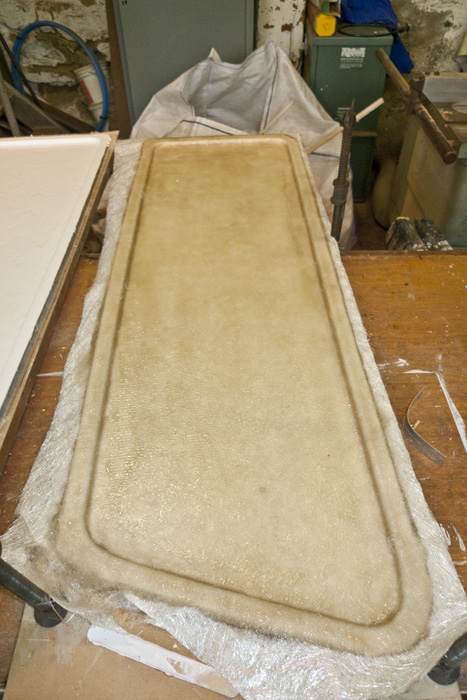 resin was applied by brush and laminating rollers were used to ensure there were no air pockets. 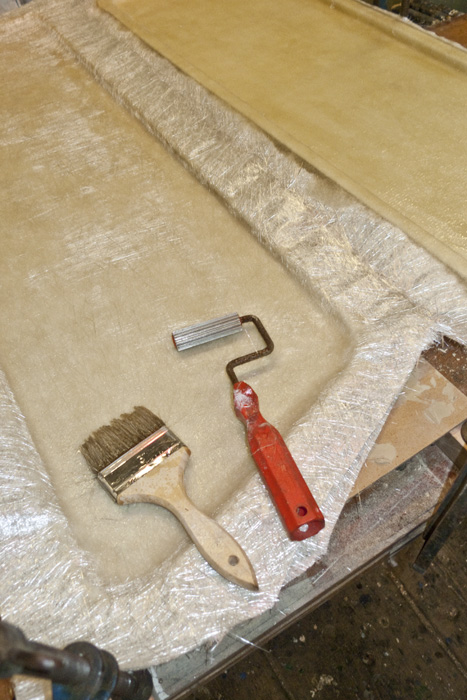 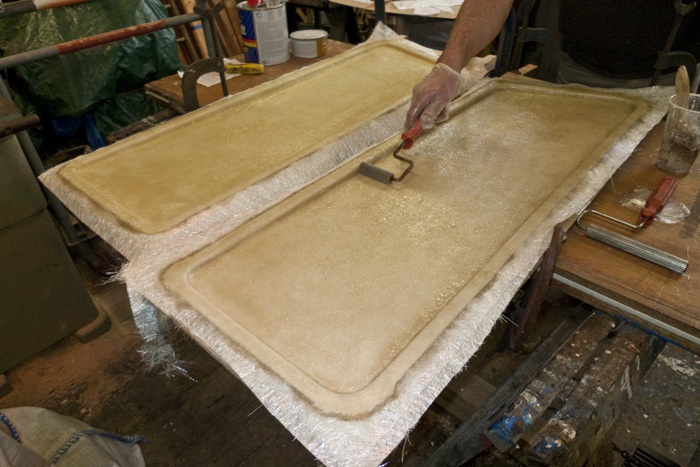 With 2 Layers applied to each mould they were left under the heat lamp until the resin had properly gone off. 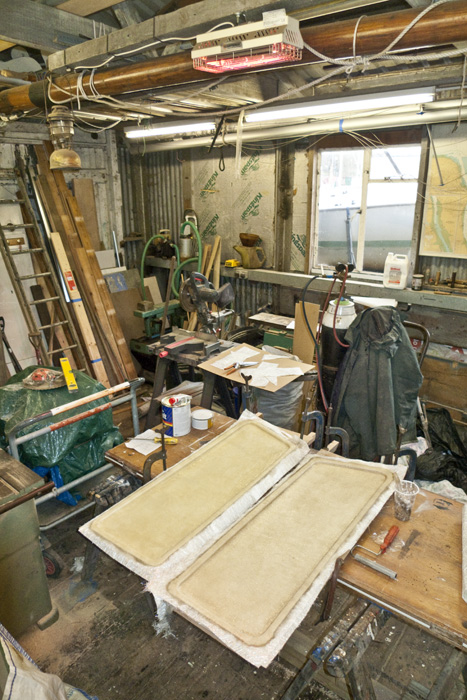 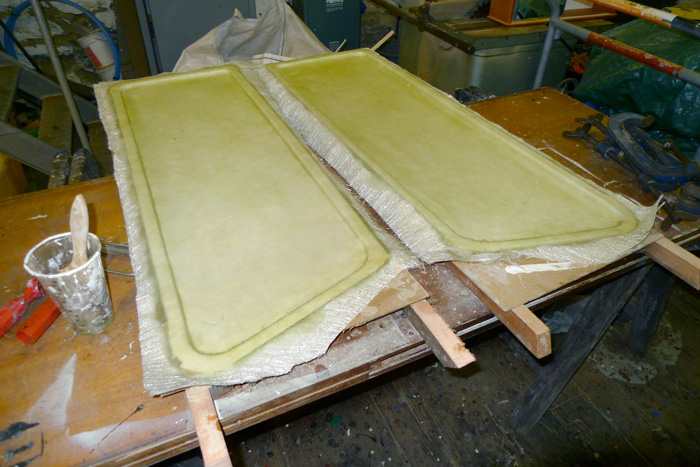 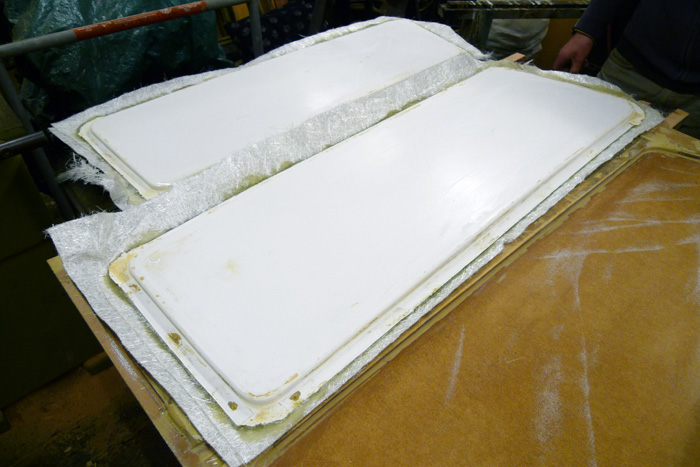 In a couple of places the mould filler is stuck to the gel but will sand off nicely. 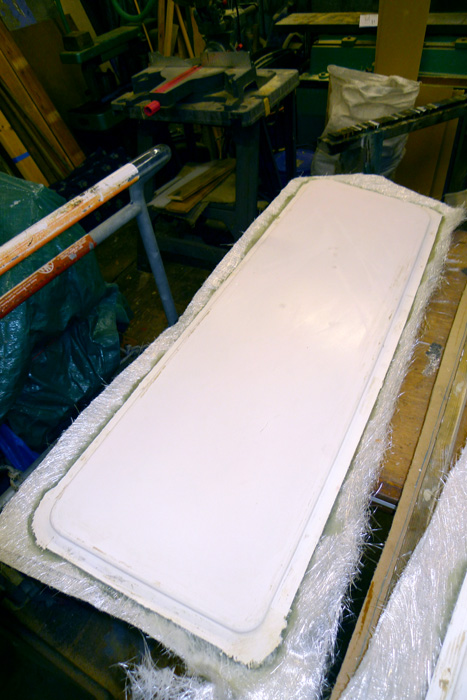 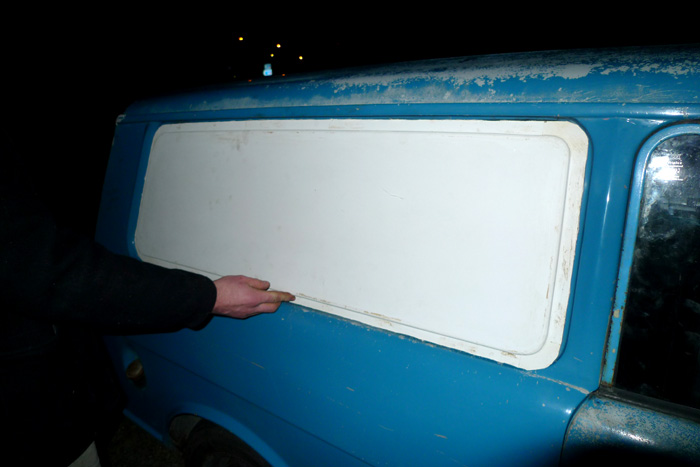 Hoping to be in a position to fit them later this month,

We spent the last 2 days putting the panels in and giving a rough coat of paint generally very pleased with the result, the fine fettling on the paintwork will be done in the future when the whole van will be repainted.

In other news the van is now tax exempt which took a while to sort the paperwork out with the dvla. 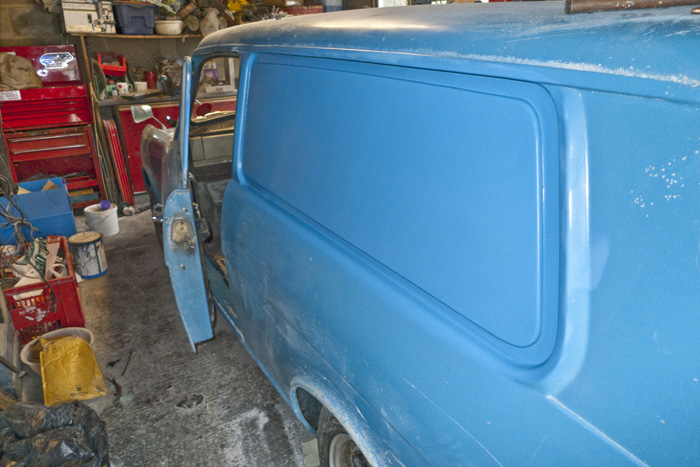 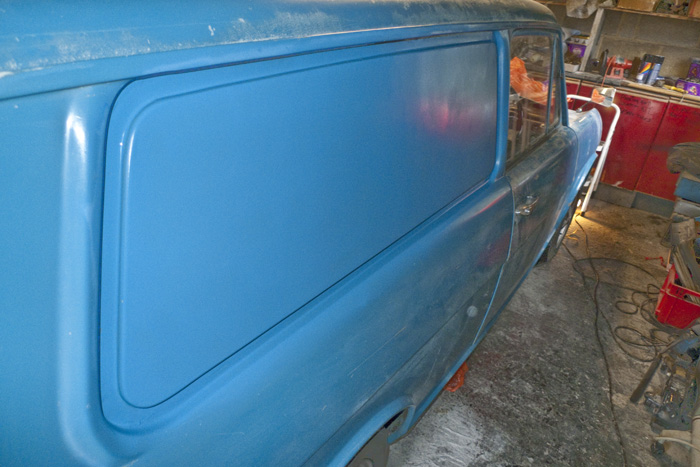 Just put it on insurance database and it is a commercial anyway.. must’ve had the sliding windows added later then.

That’s the master cylinder issue sorted.. still needs a new pipe making up, then I can get them bled and working

I’m starting to like this little fella way too much

Just don't paint it orange and race it!

Return to “Other 4 Wheeled Reliants”