If you have a long-term project and would like to share/document progress, this is for you.

Not dull at all IMO

SECURE DRY STORAGE FOR YOUR SCIMITAR

I'd already tried a lesser flush from the same company: 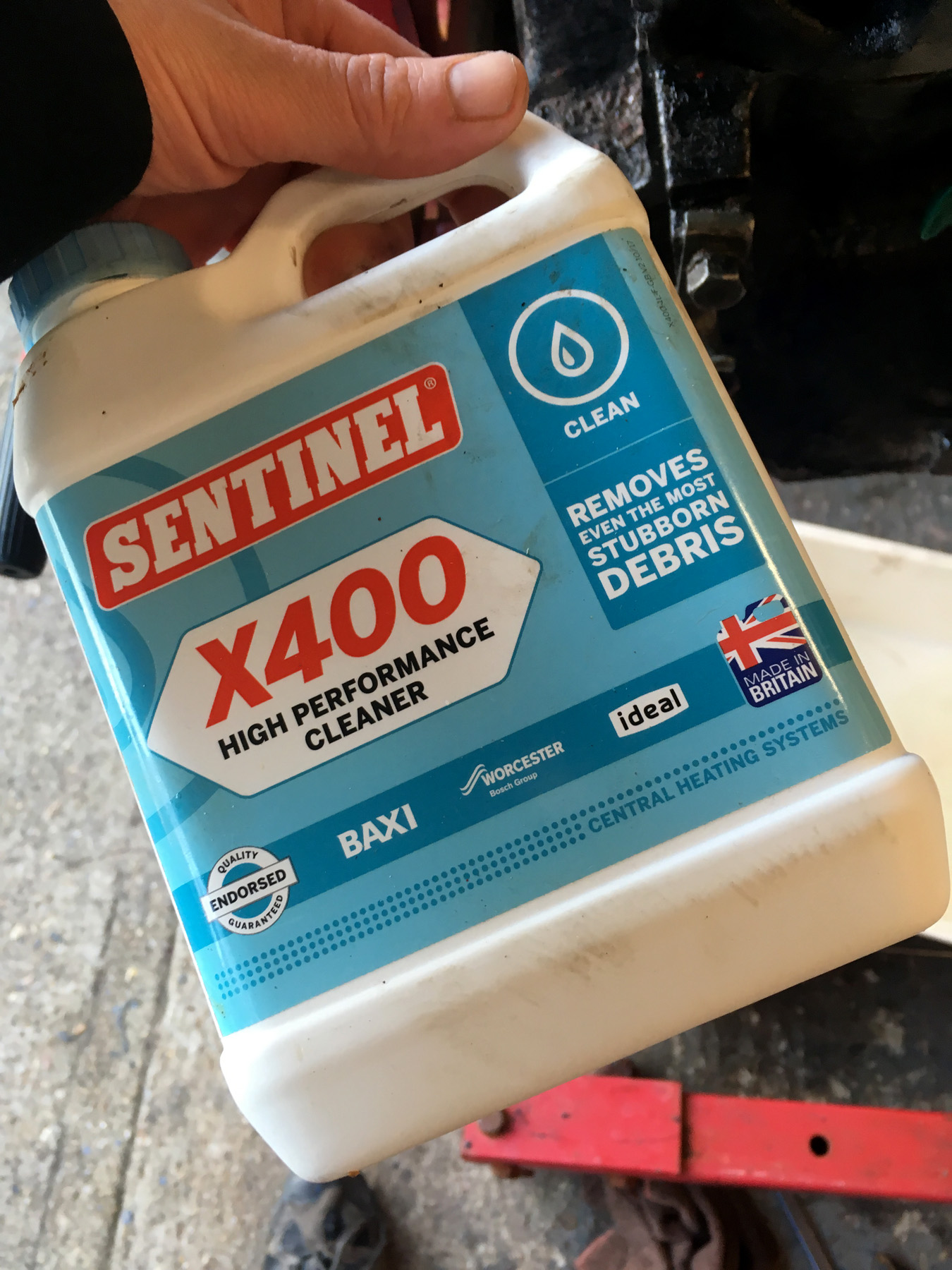 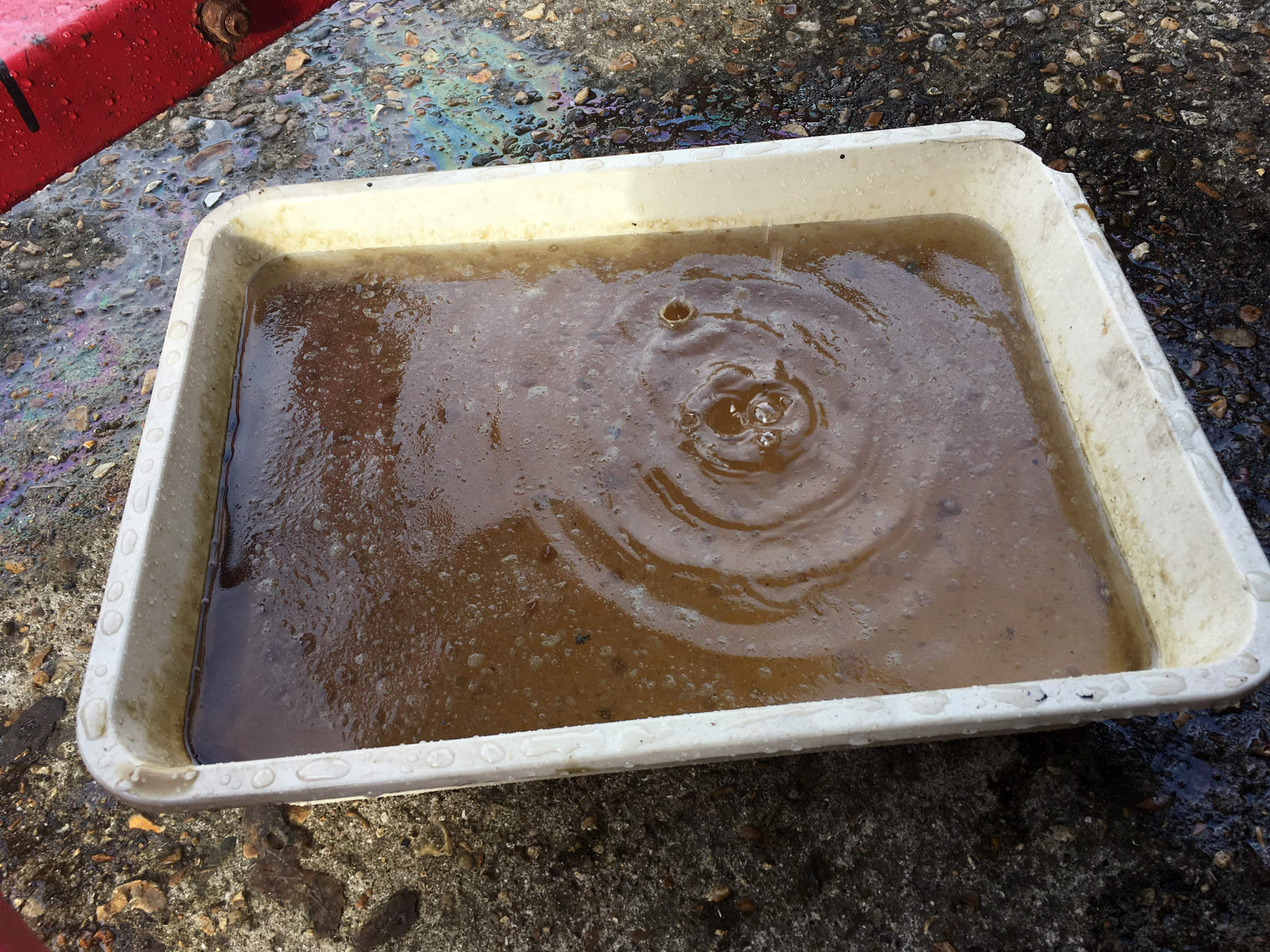 Which hardly touched the sediment! so when I bought the more powerful one I thought I'd leave it in there a decent length of time to give it the best possible chance!

Last month the TVR T5 gearbox went off to Dave on the island. The plan was for him to have a look at machining the mainshaft to allow us to mount the speedo drive gear in the right place for the Cosworth tailshaft. As well as turning up a new speedo drive body which would work with that gear... 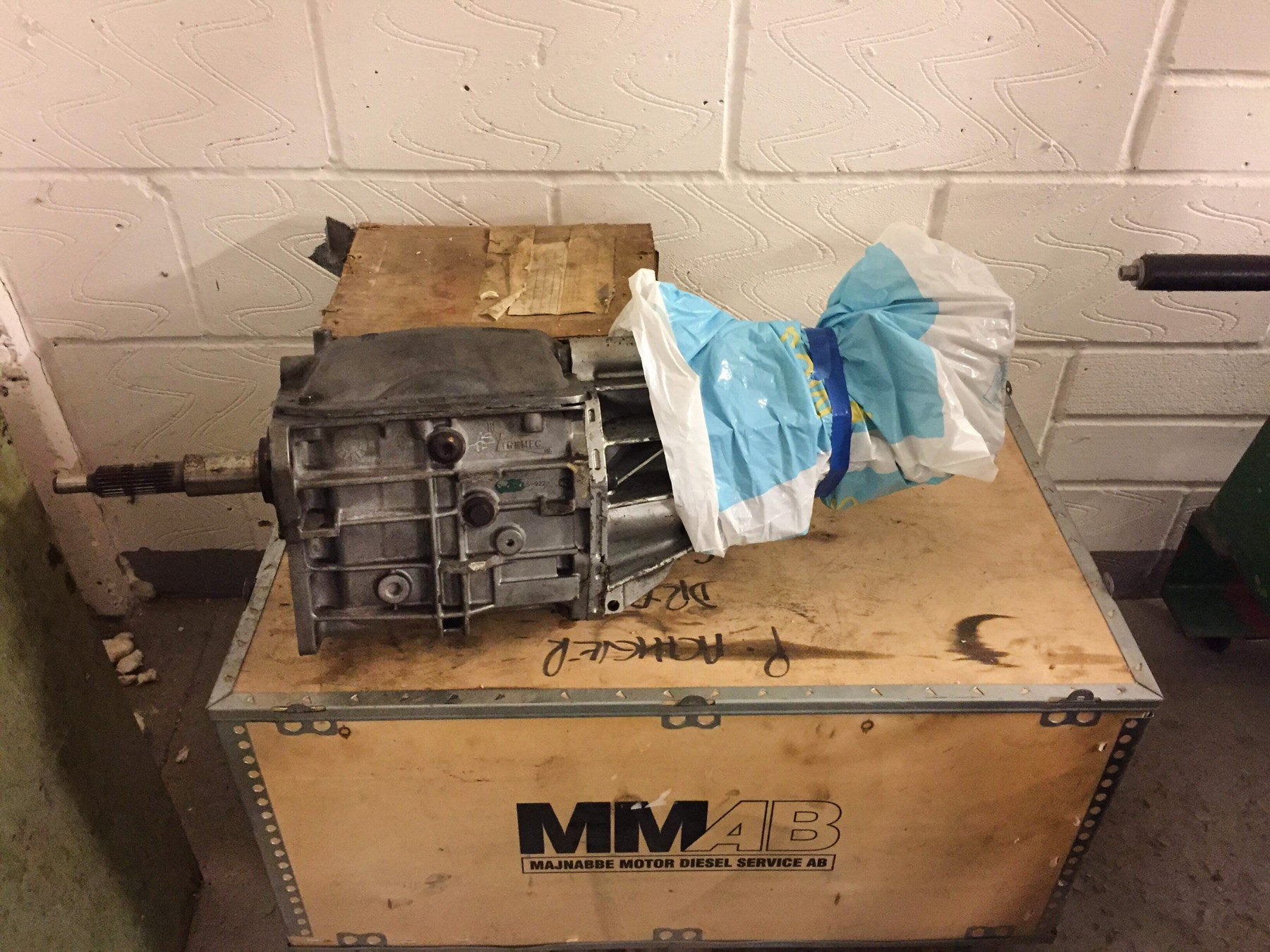 Its Dave's busiest time of year as the boatyard prepares for the spring lift in, On top of that he's just moved into an new (huge) workshop and is still in the process of trying to get the workplace setup.

He also had a pretty severe case of pneumonia last month too so its amazing he's found any time to do this work! 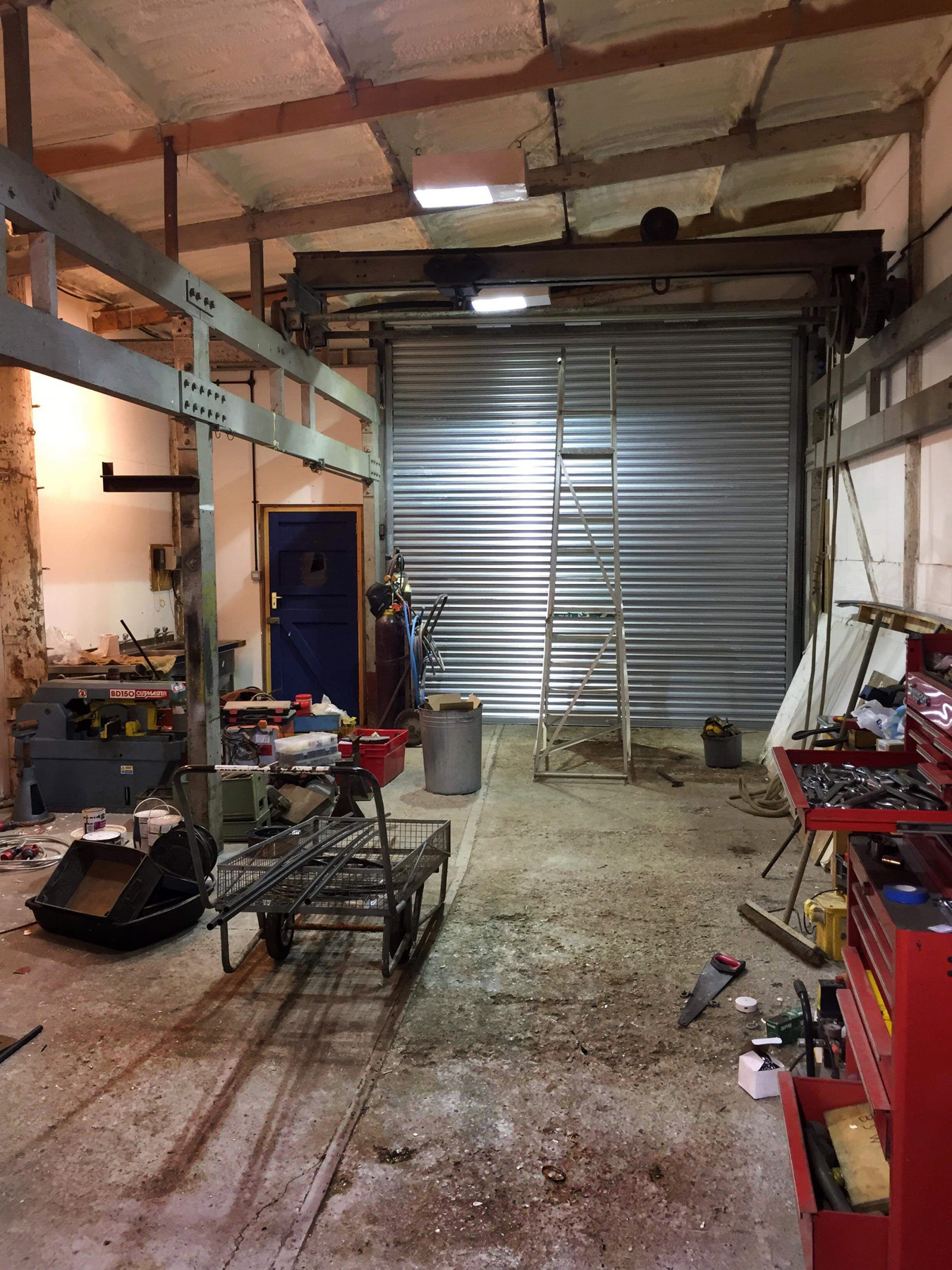 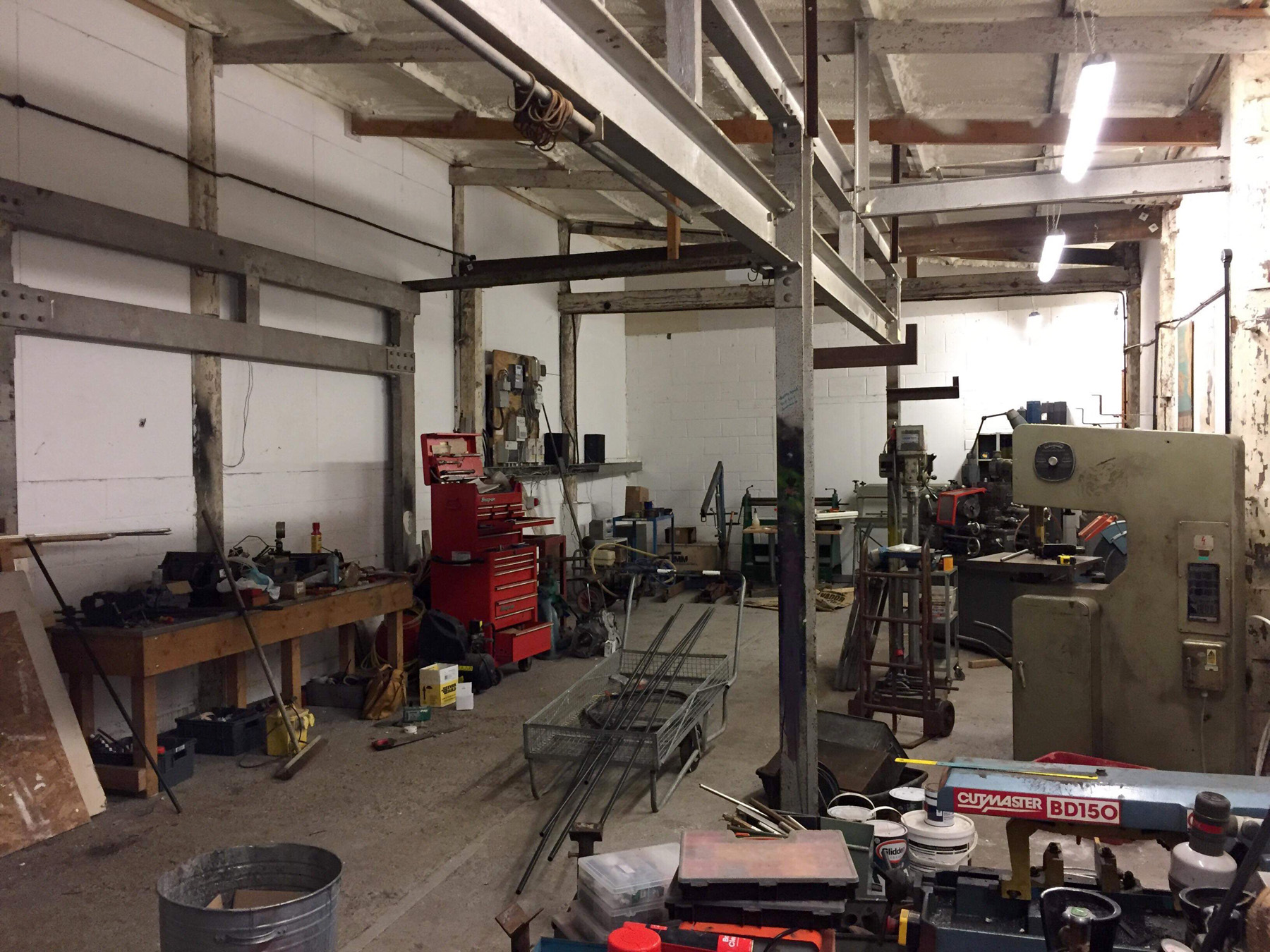 First step was making a section of alluminum tube for the speedo drive gear to run on. The Tube has been split allow it to stretch to fit over the splines at the end of the mainshaft. 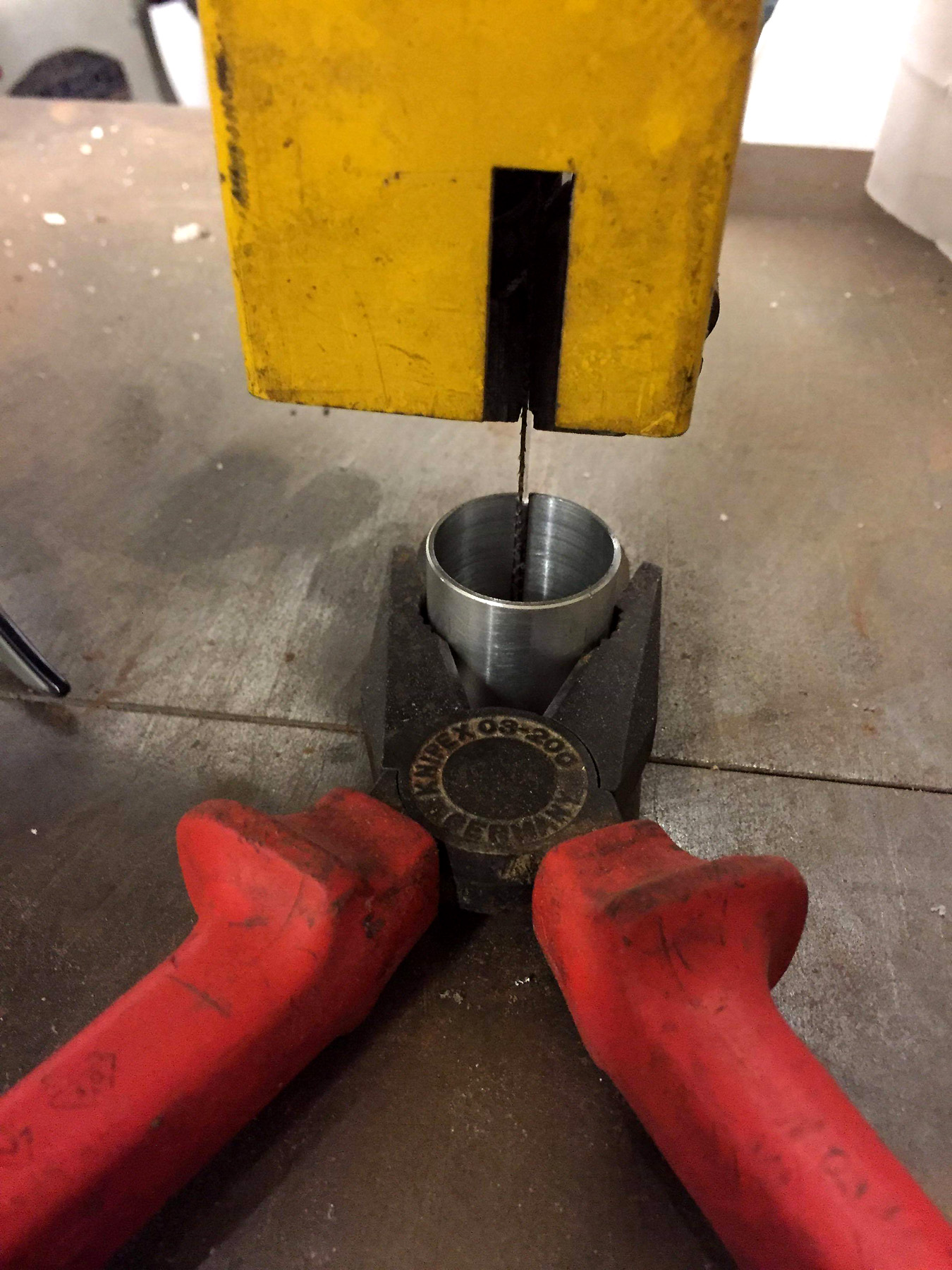 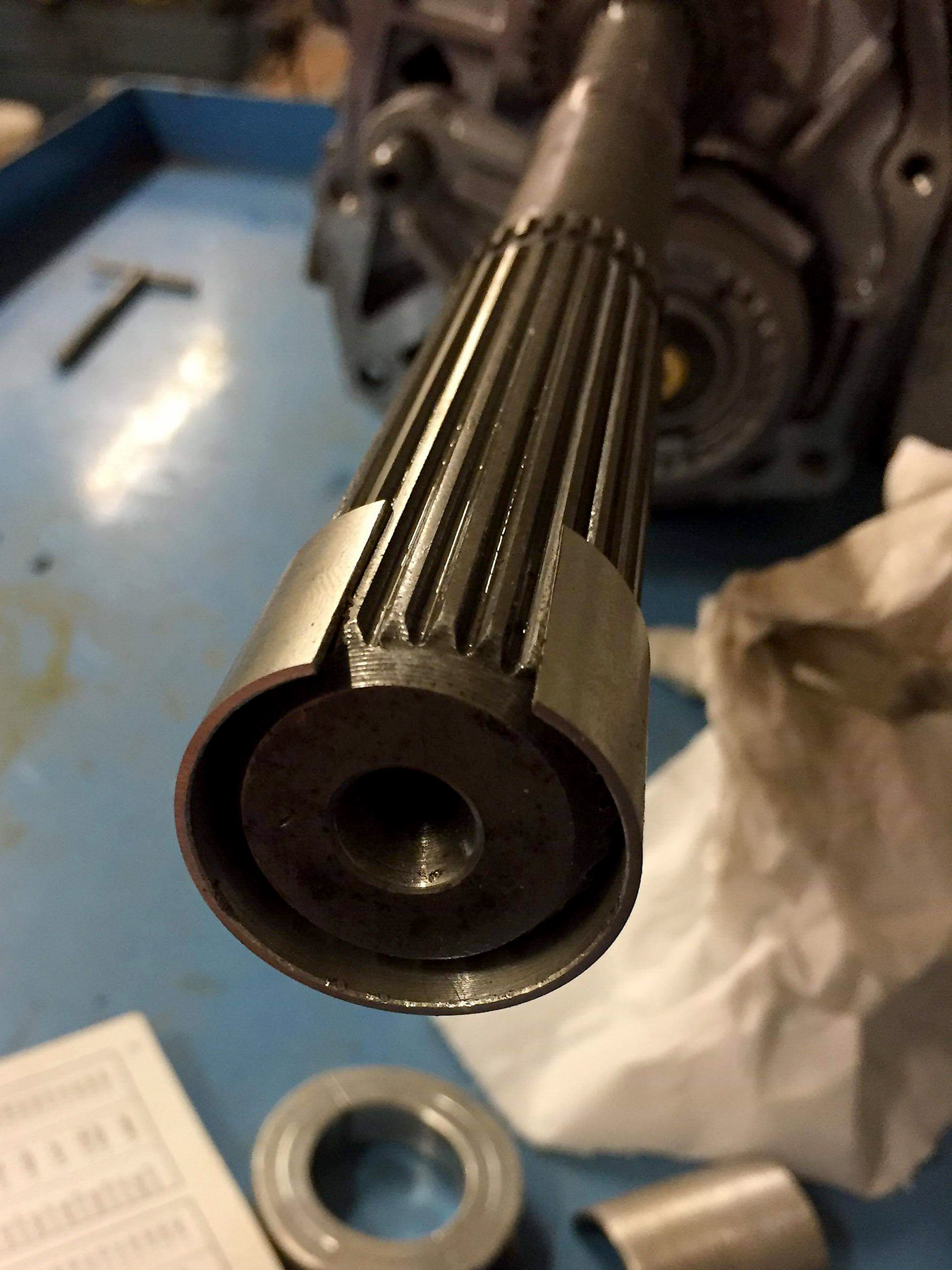 Here it is with the gear trial fitted. 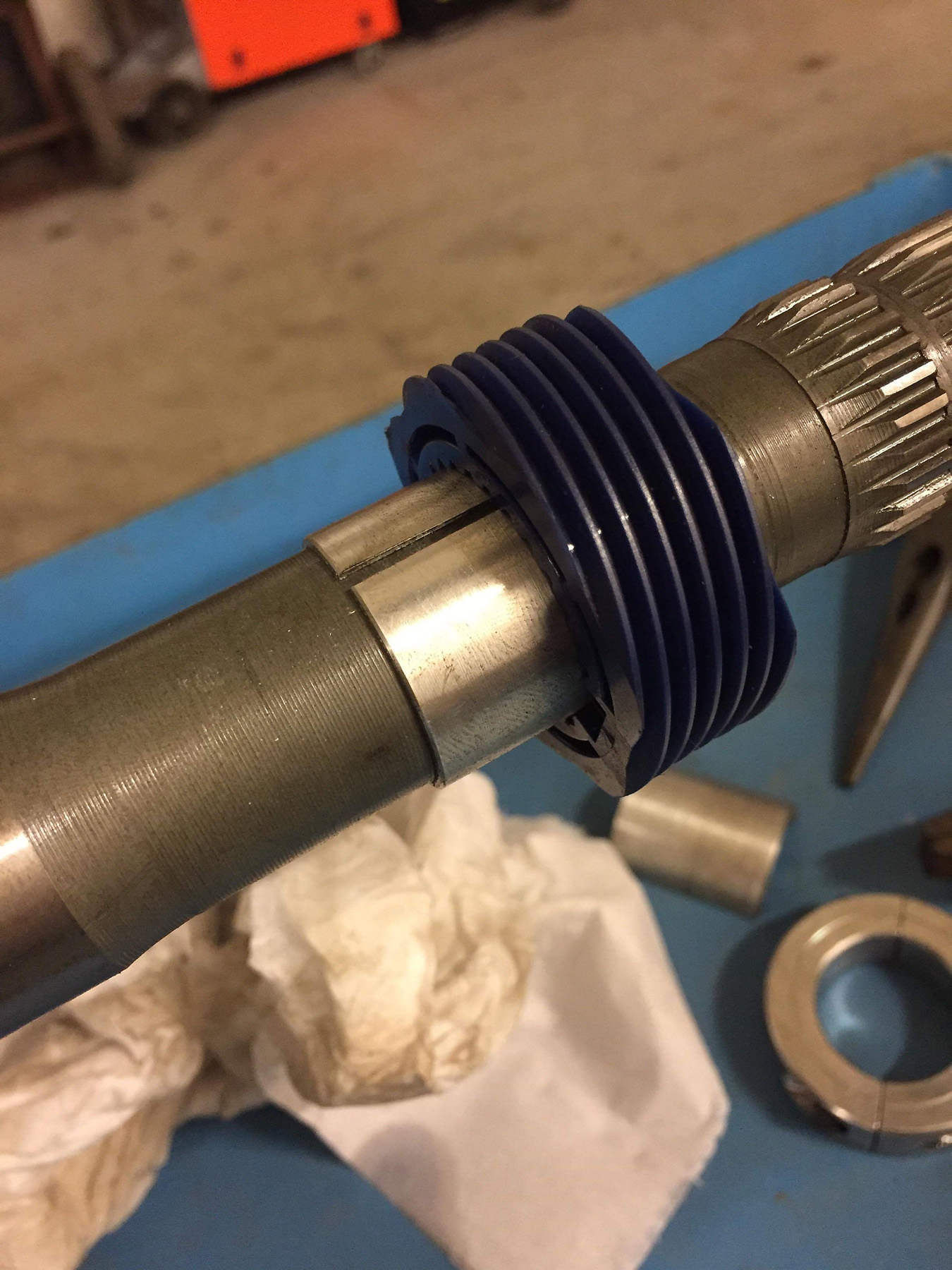 In order to retain the gear and the sleeve, the mainshaft needed to have a 4mm hole machined in the correct place. As the mainshaft is hardened steel this turned out to be quite hard. The first attempt broke the carbide end mill barely making a mark on the mainshaft... 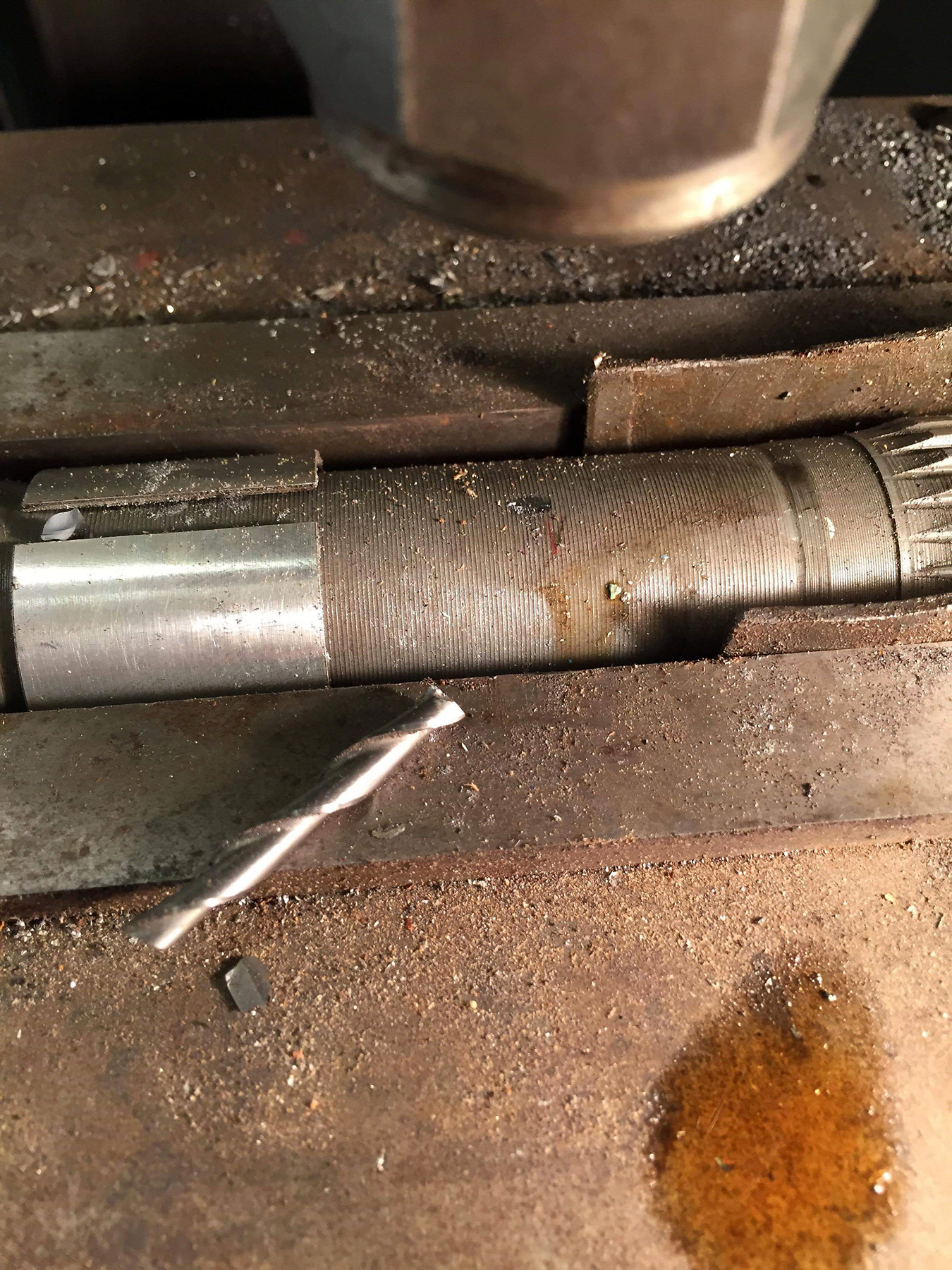 Second attempt was made with A dremel sharpening bit... 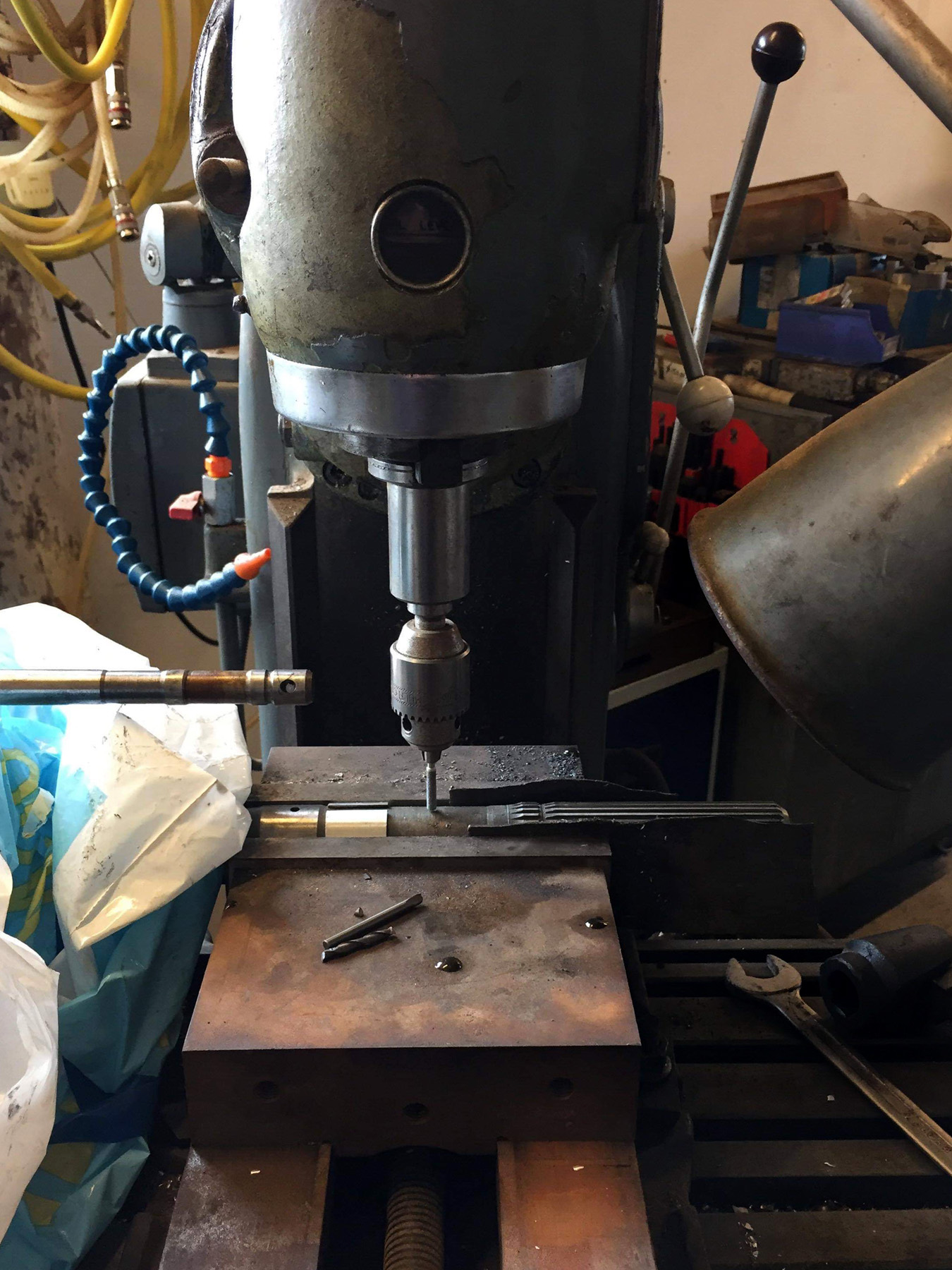 Two broken bits later and a small hole had been achived... 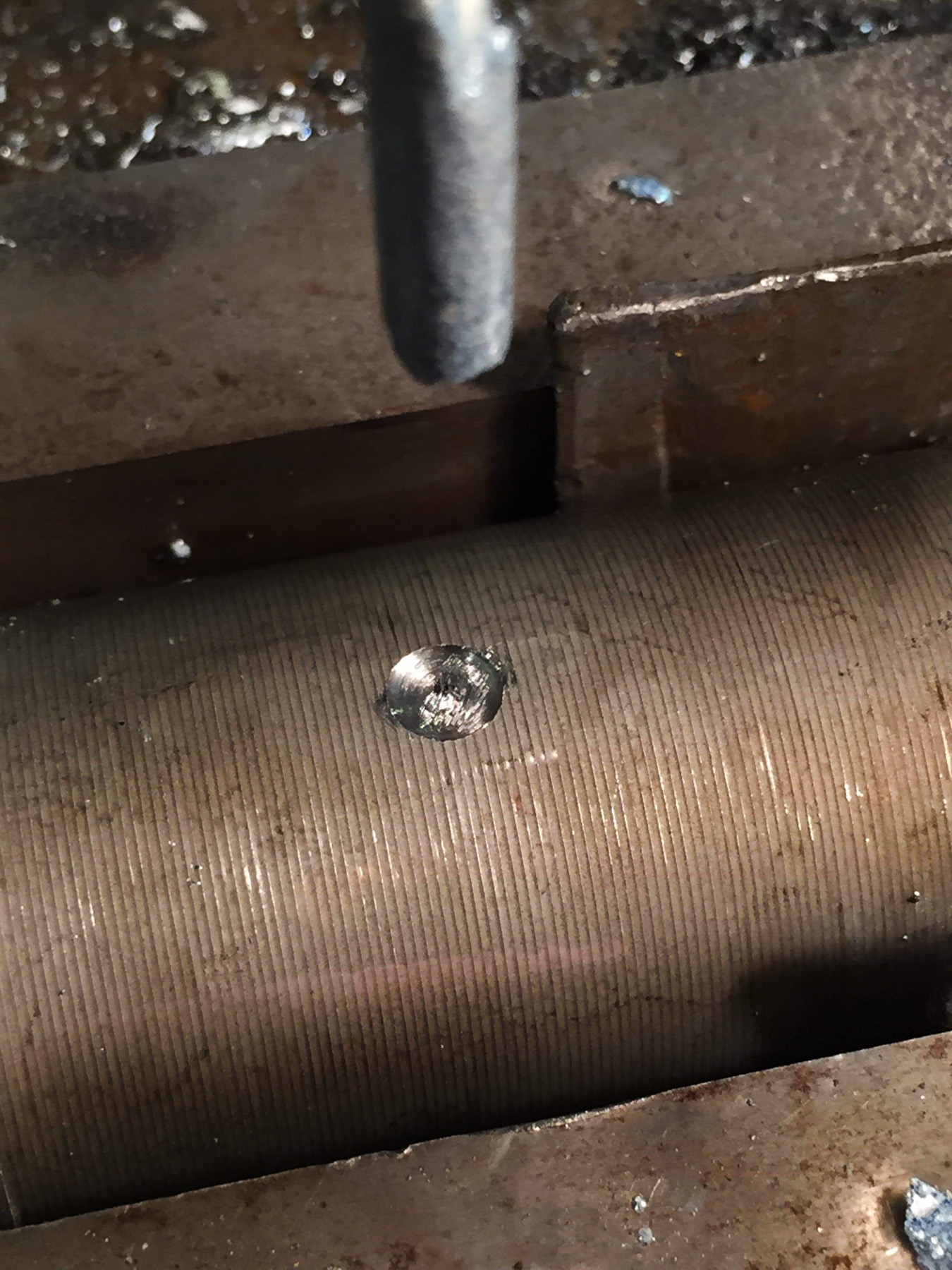 Finally some new shorter carbide end mills were ordered and they finally managed to do the job: 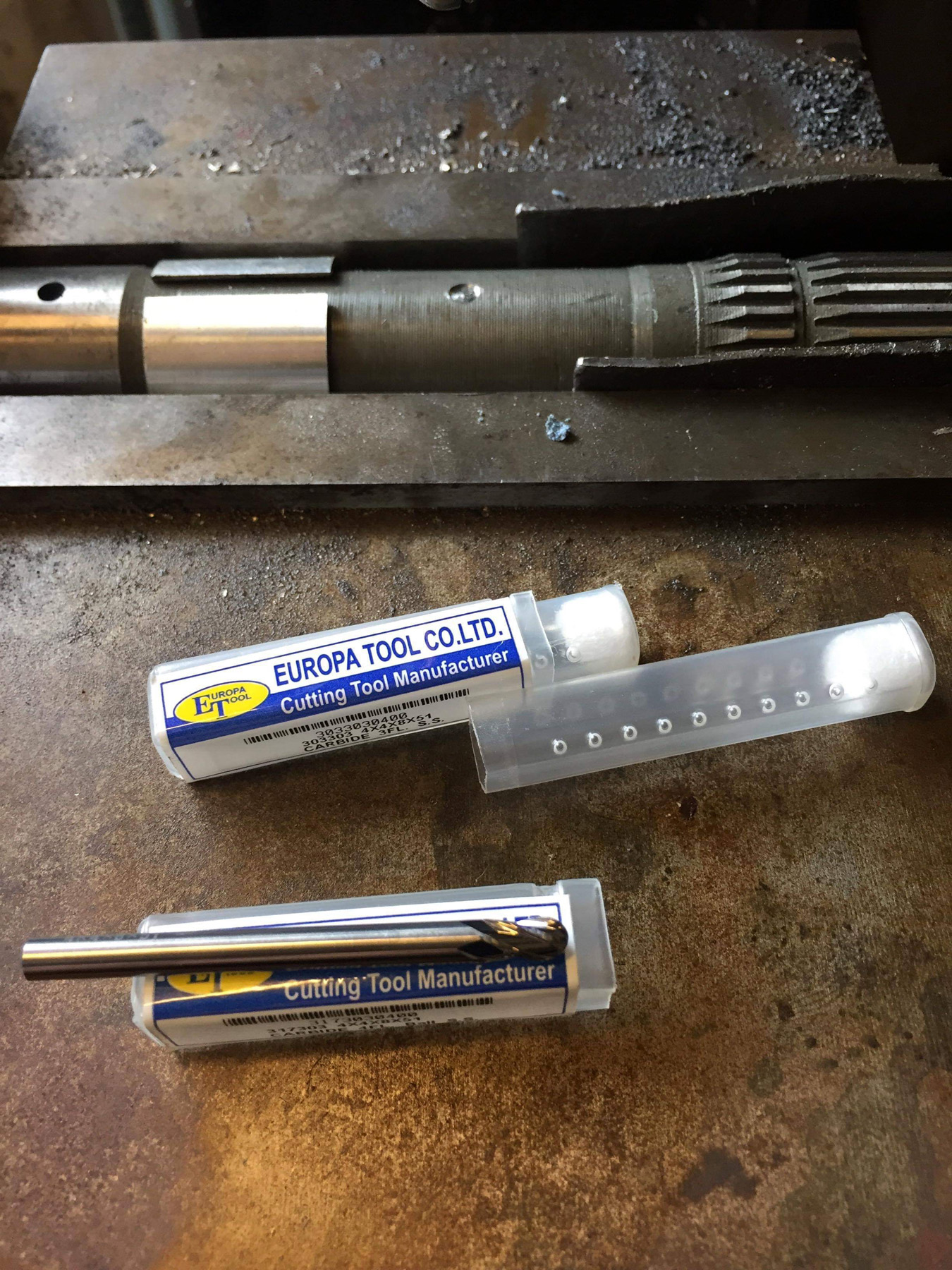 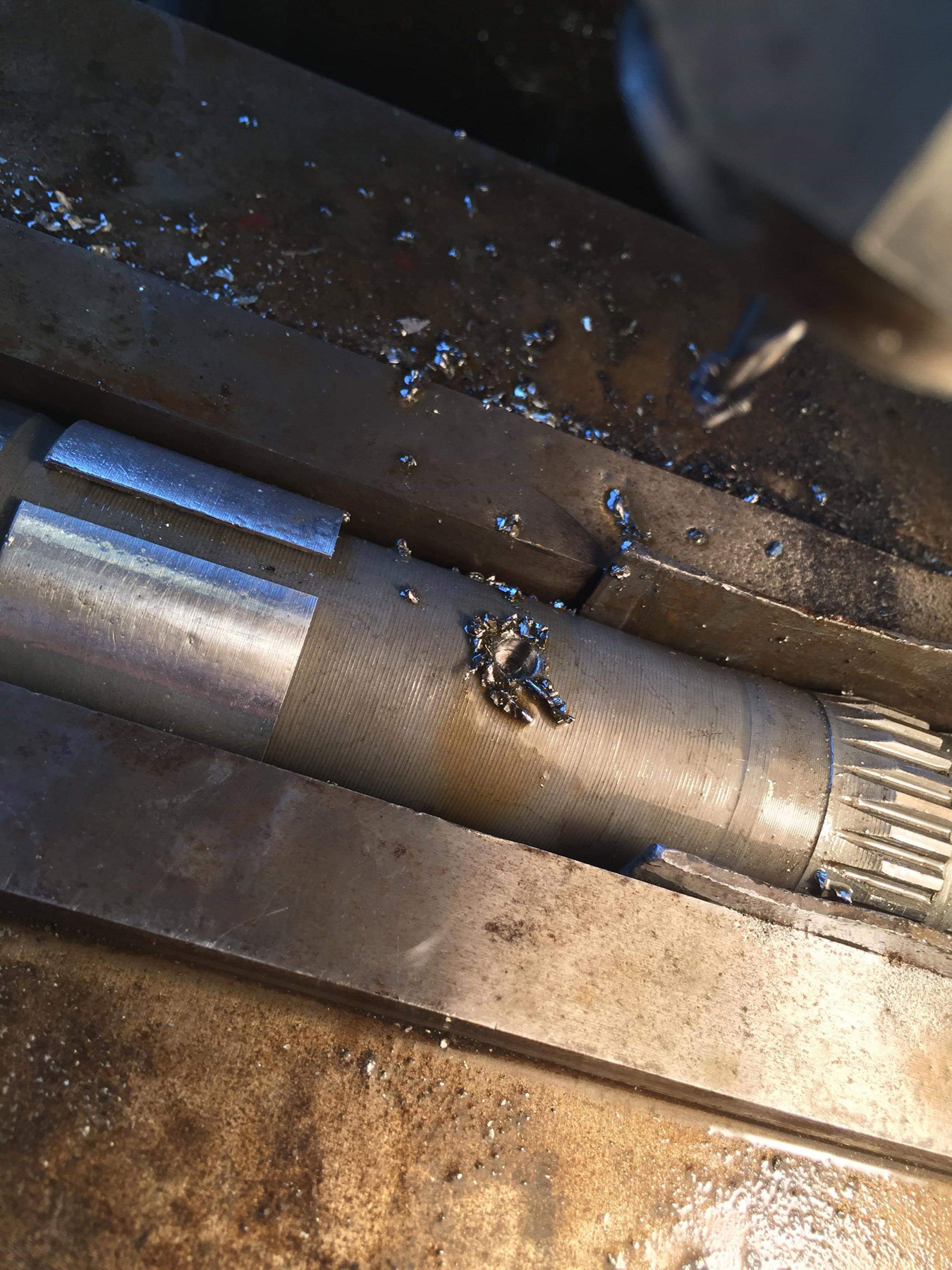 Testing the depth with the retaining clip. 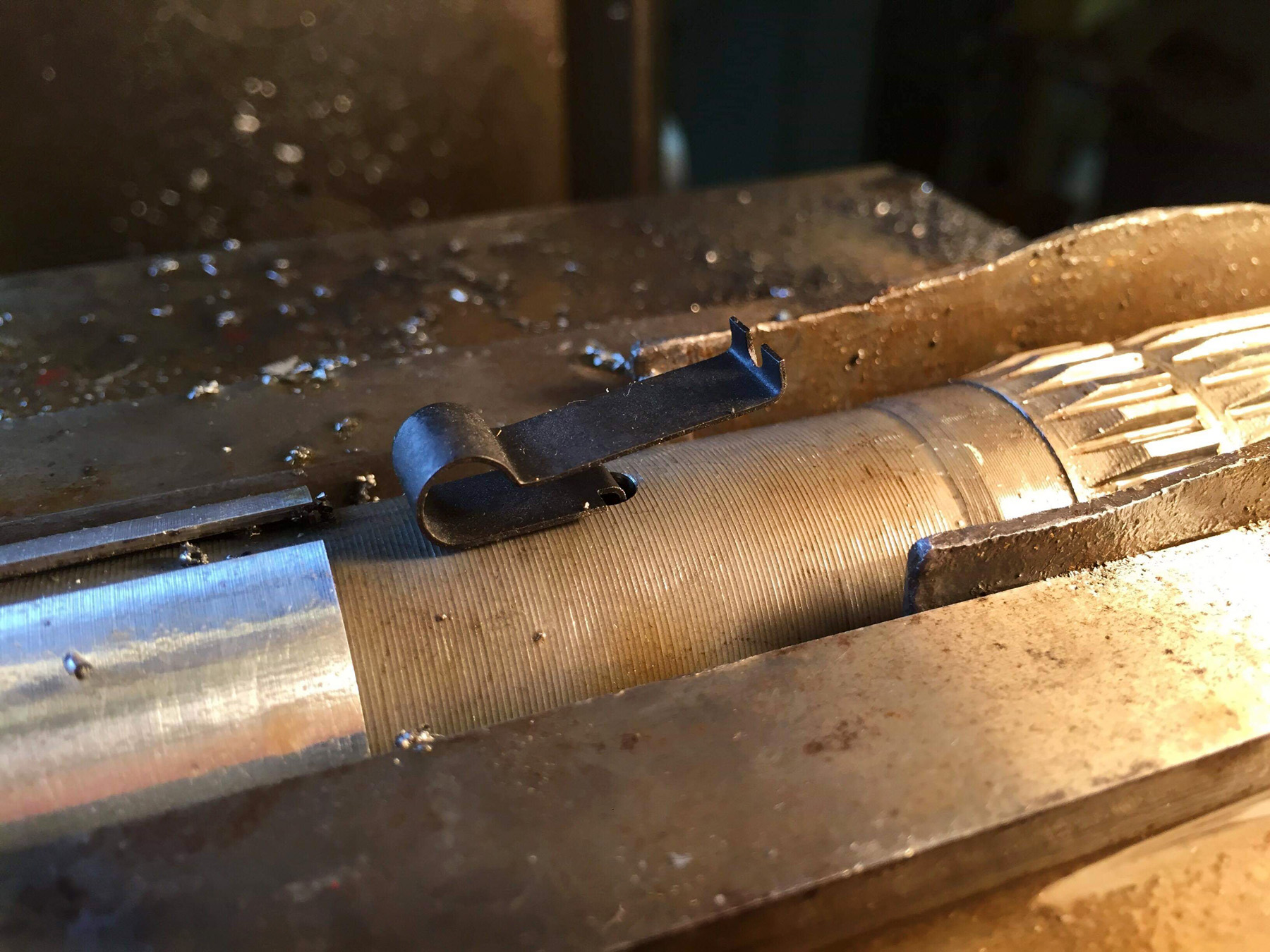 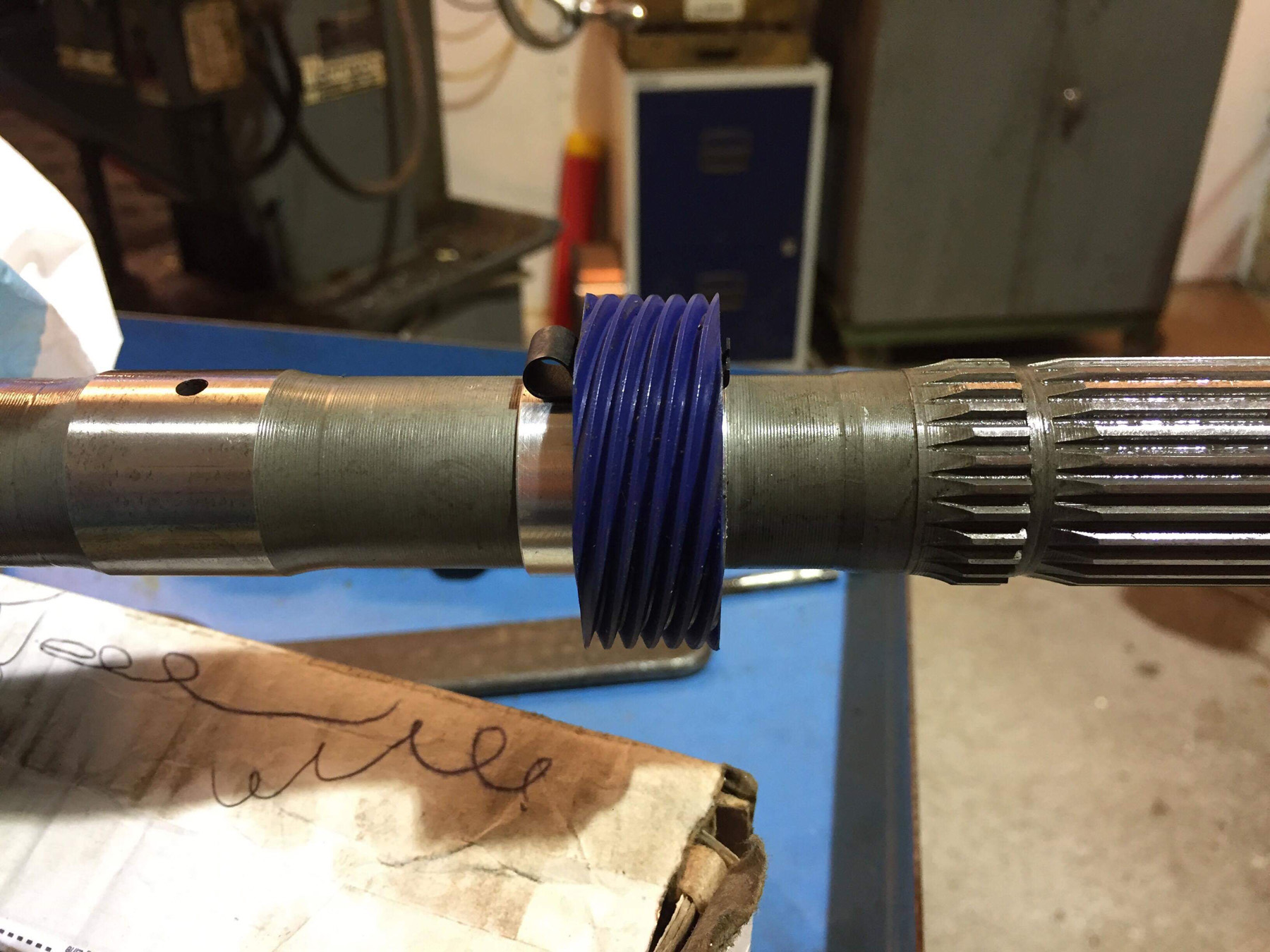 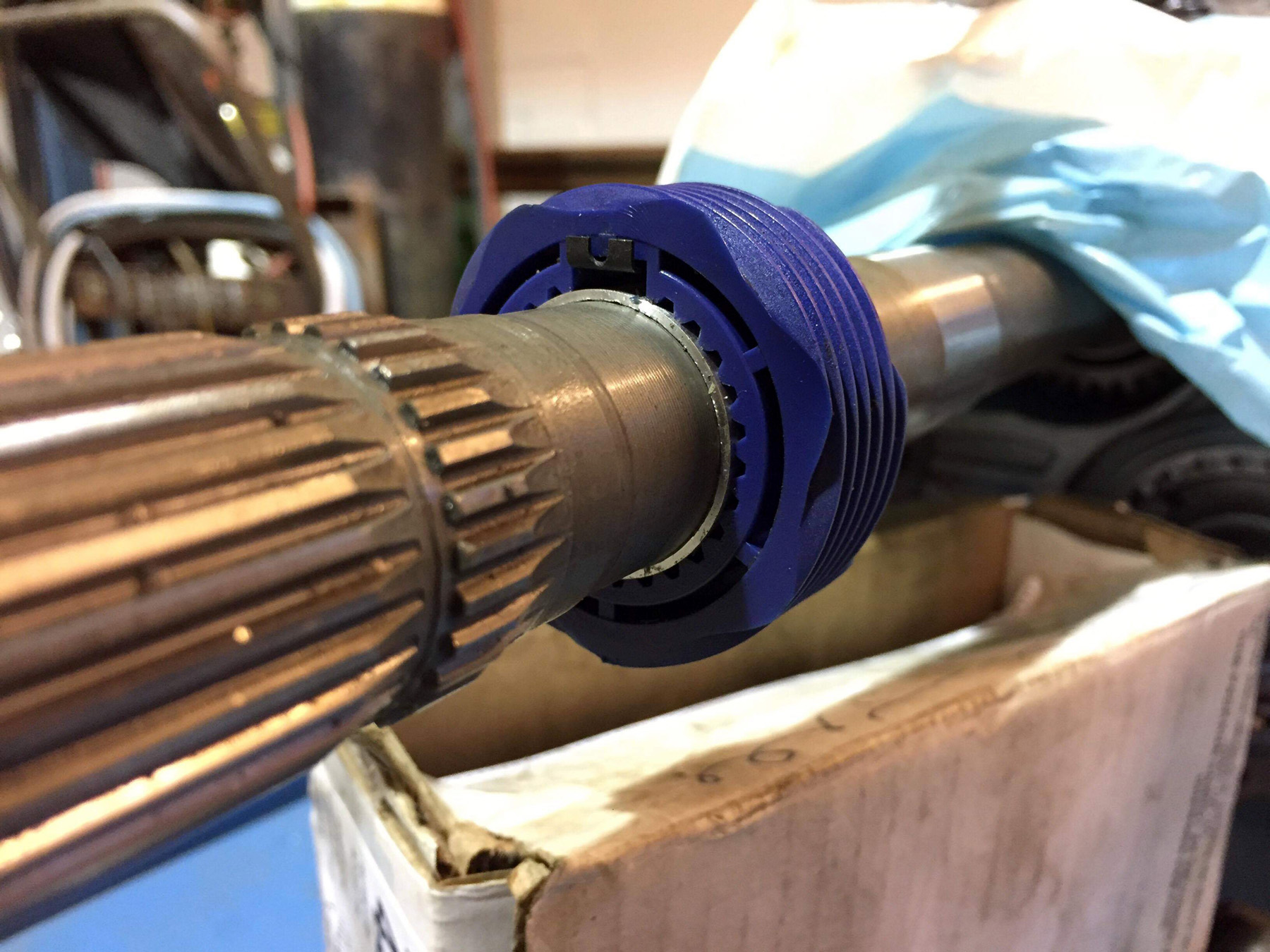 With the tailshaft on the gear is in the right place! 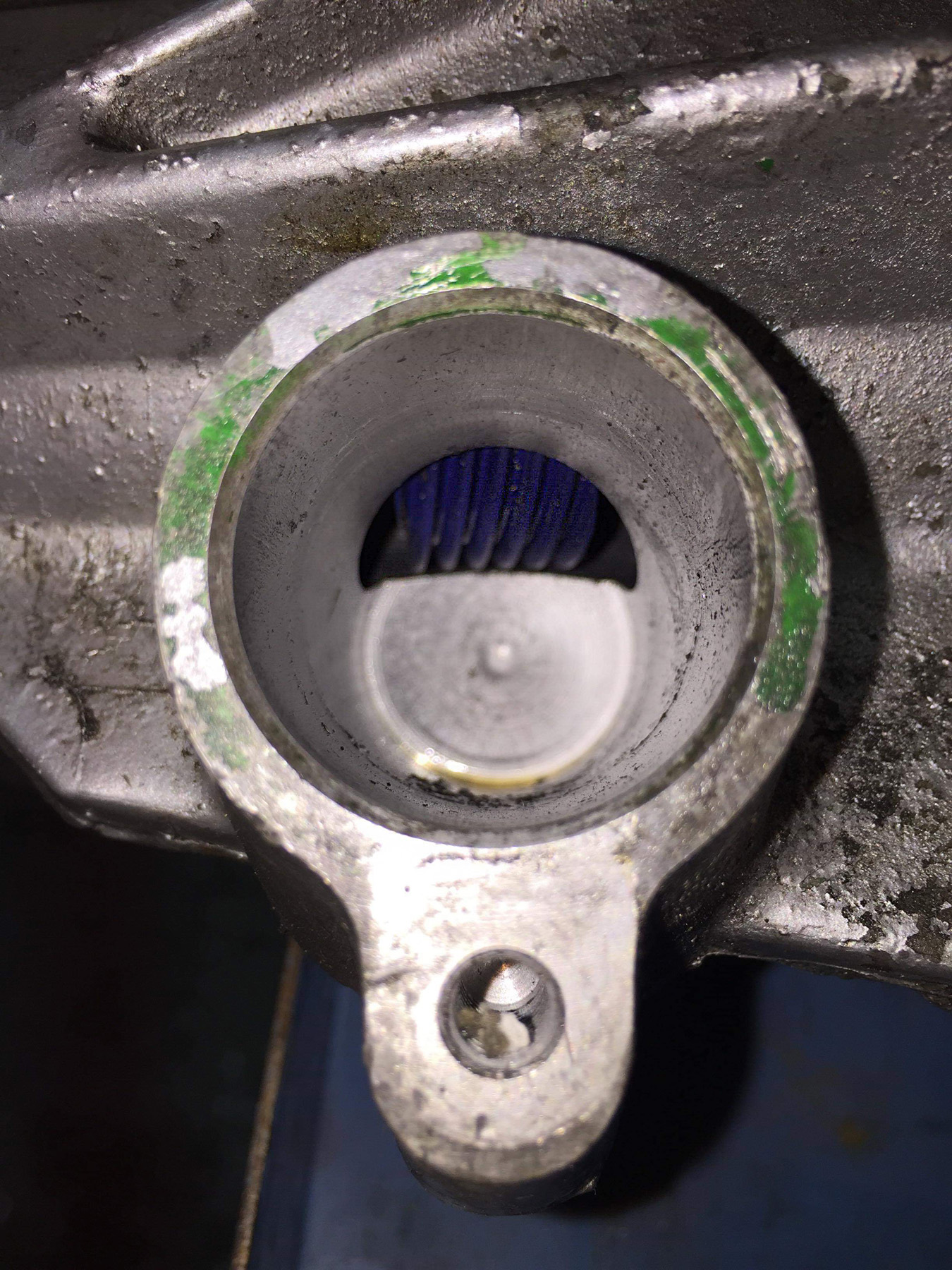 With that sorted Dave then turned up a new body for the speedometer drive, Its based on the dimensions of the Cosworth one but is slightly shorter to accomdate the GM driven gear. 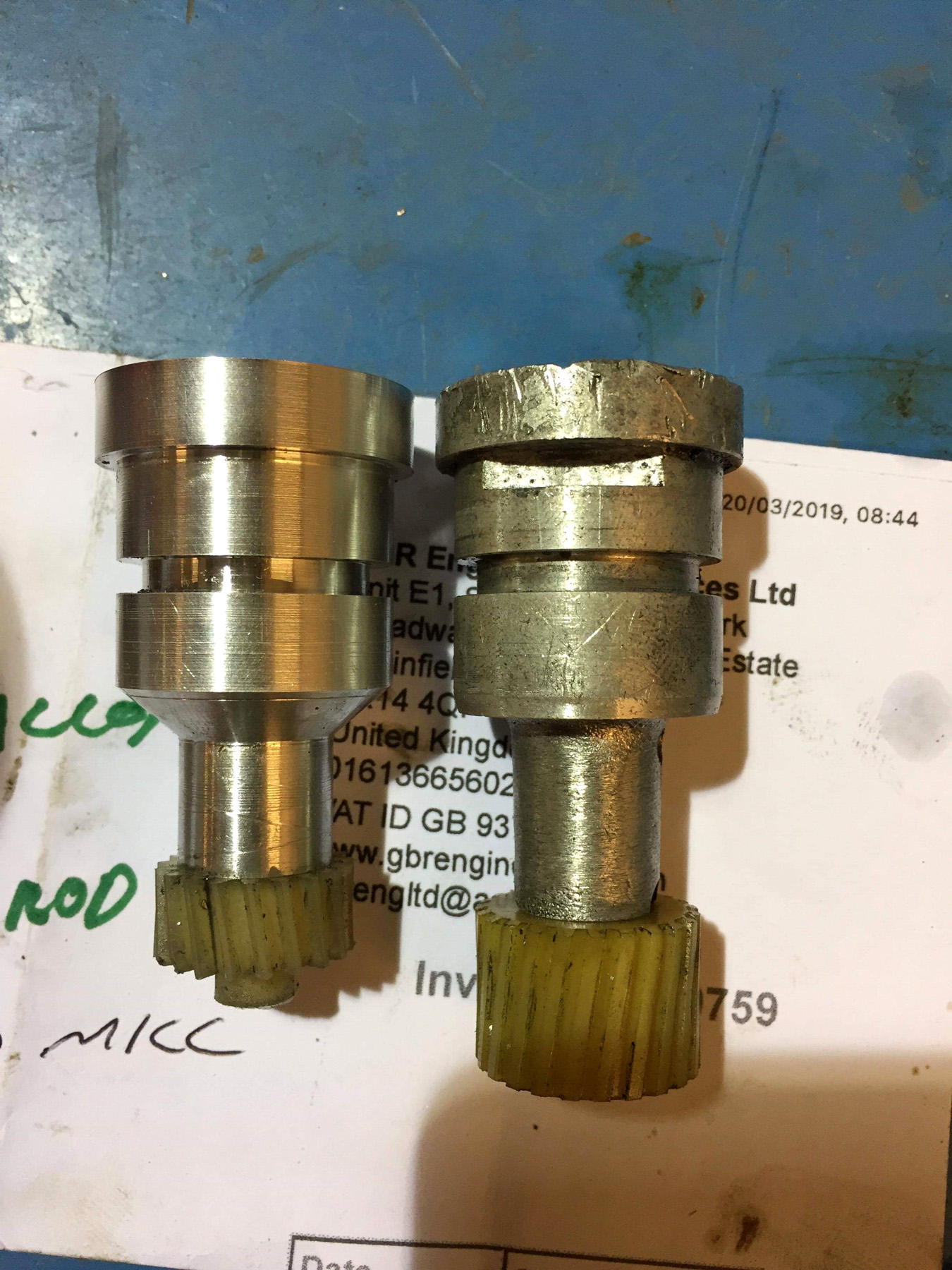 The inside has been counterbored to suit take an oil seal that came with one of the American kits, This means that most of the component parts should be standard GM / T5. Which should help with future servicability and should mean its easy to adjust the gear ratios in the future if needed. 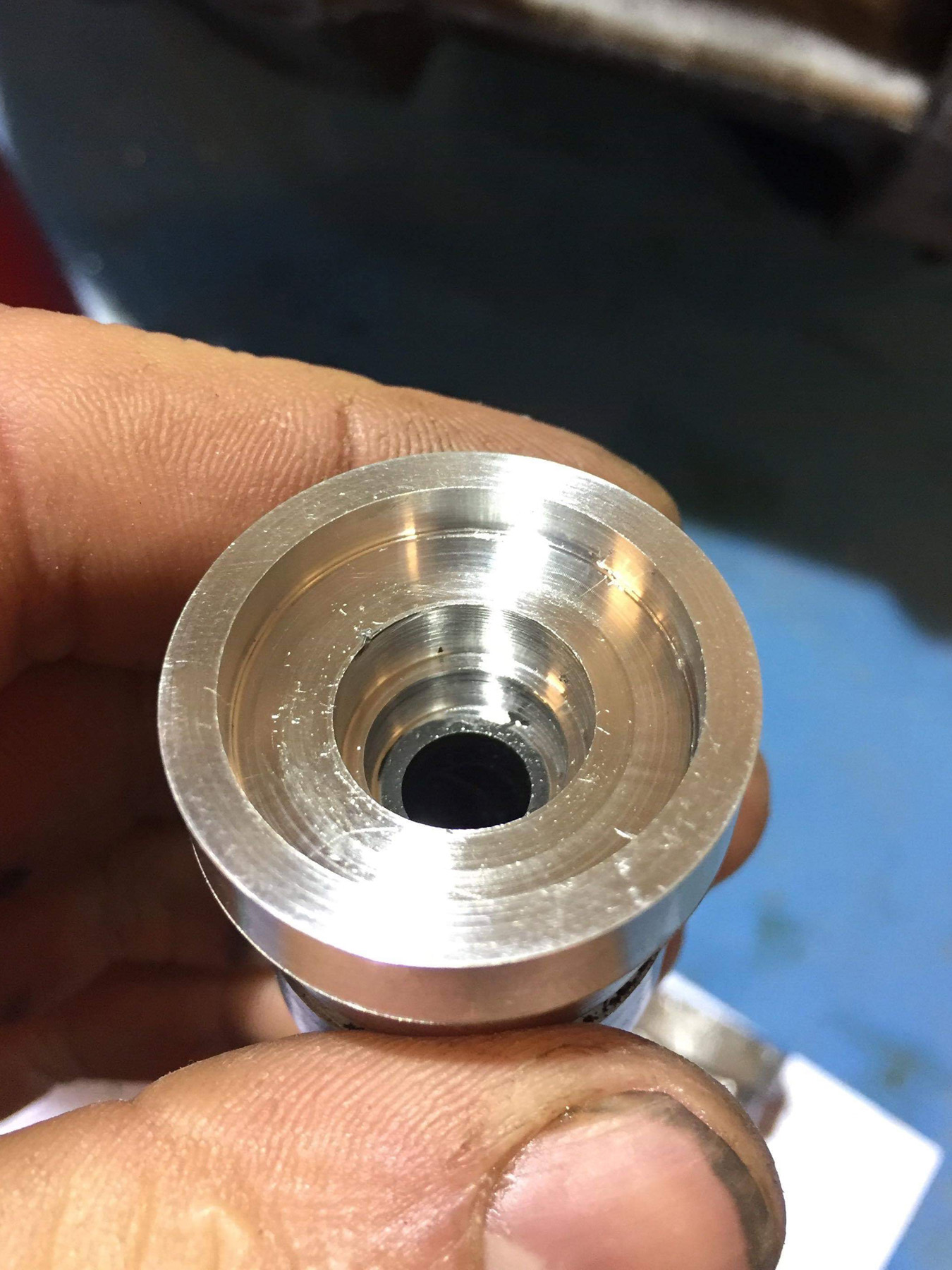 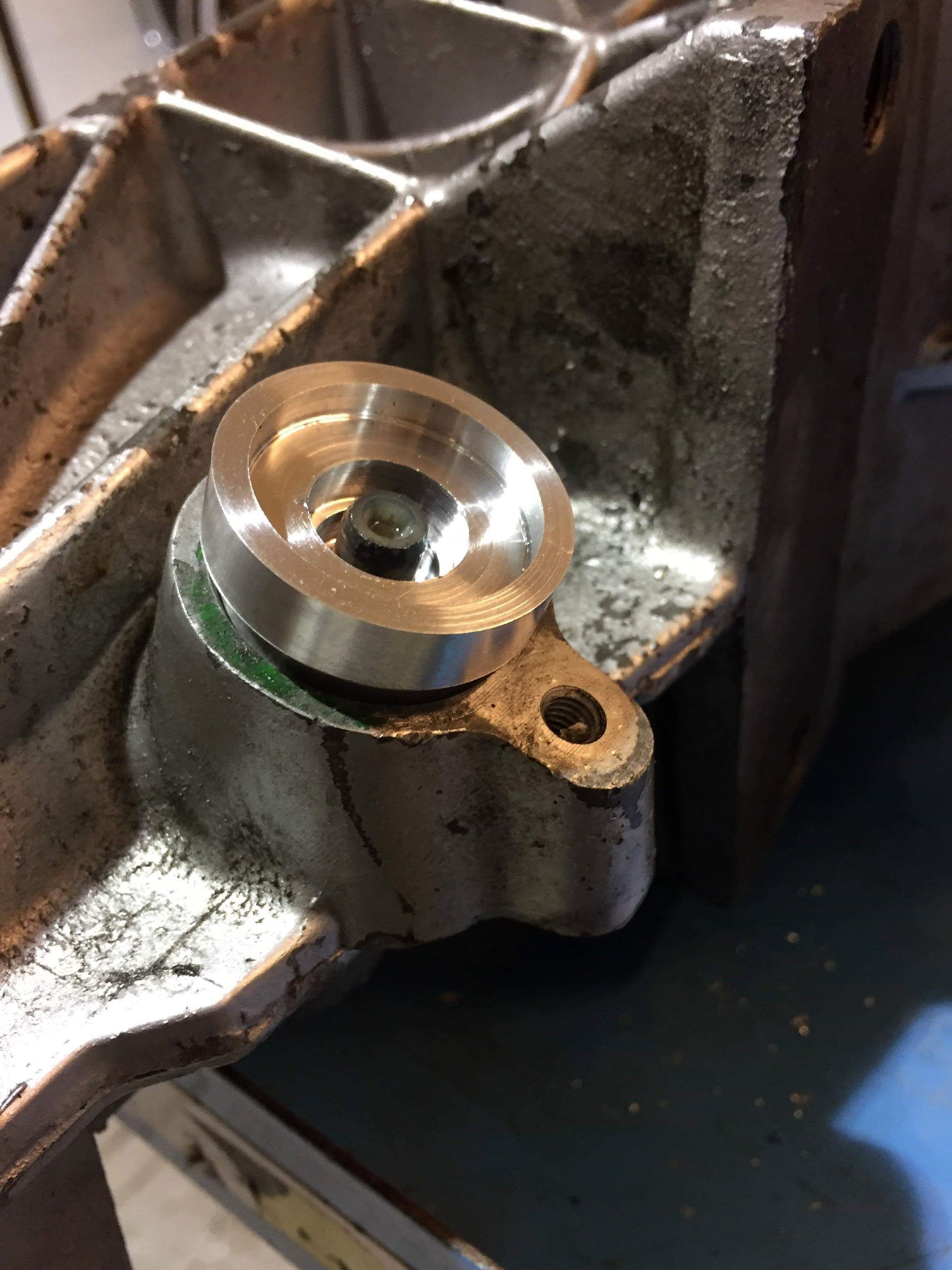 To fit the speedometer drive cable a groove was needed for a circlip. The proper tooling to do this would cost around £200 so instead Dave cut this tool down with some careful angle grinding and an extra thin zippy disc. Should be ok to use on ally... 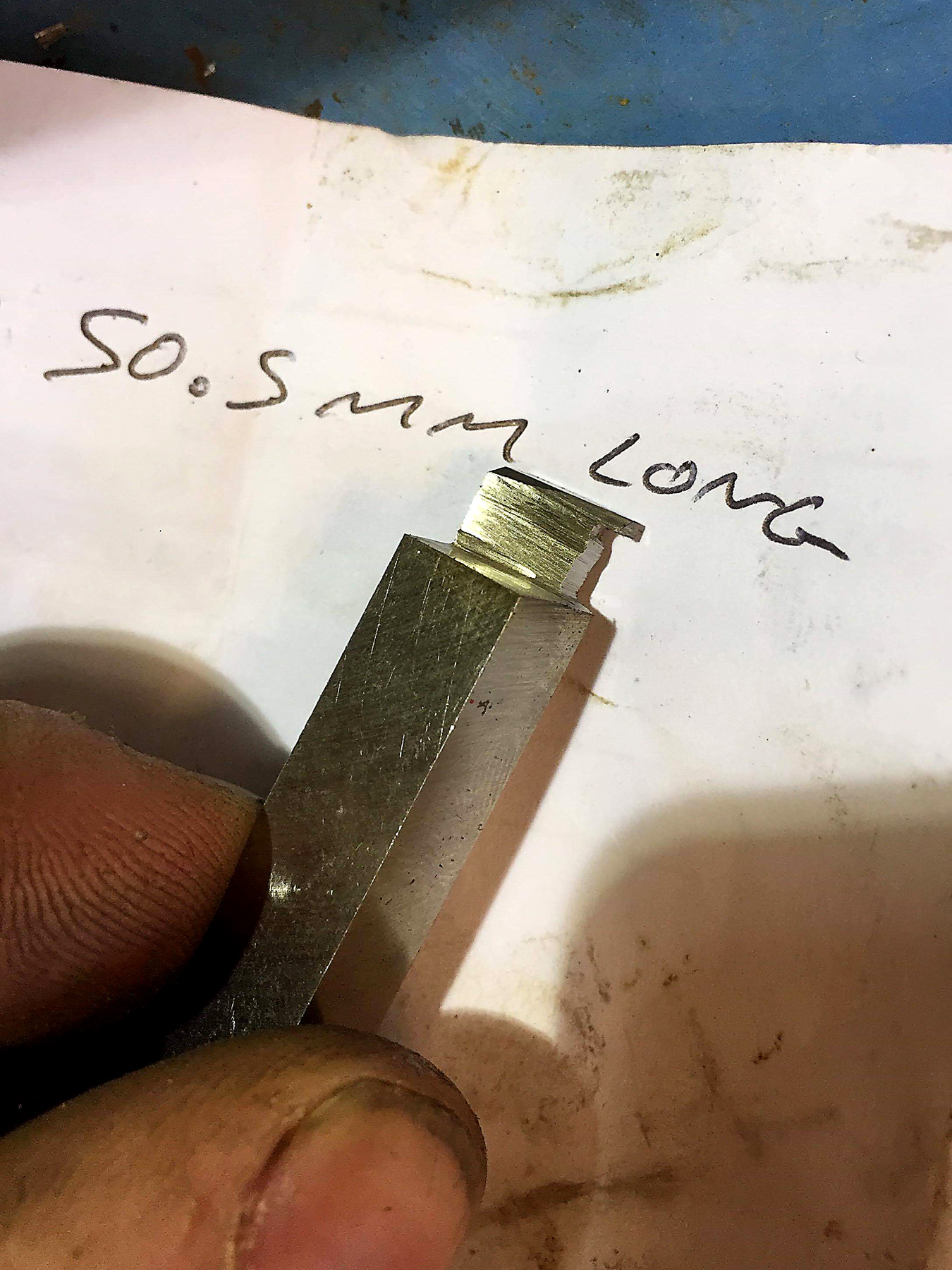 The new drive unit with seal and circlip groove (which is a bit hard to see in this pic): 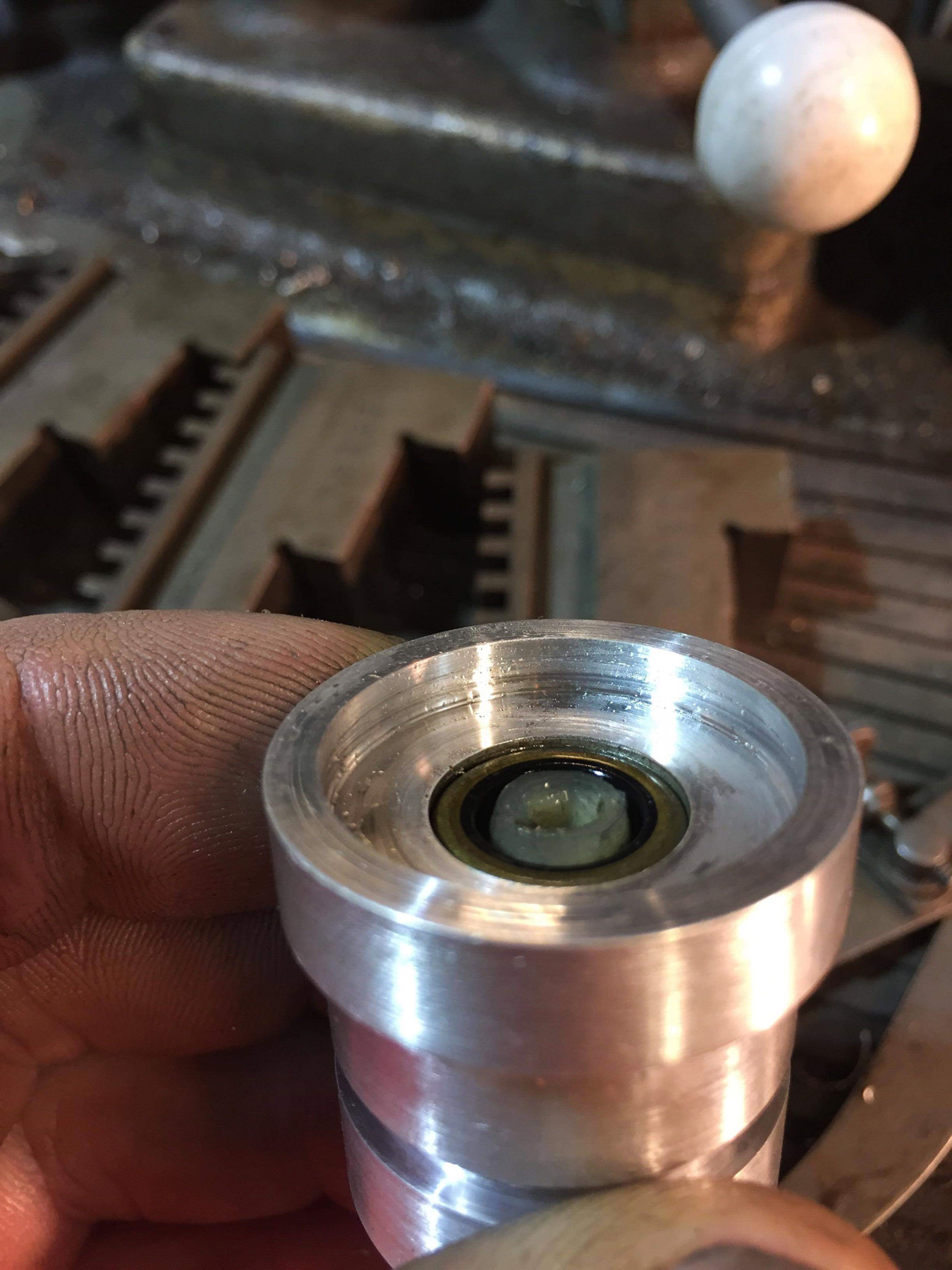 Trial fitted with a speedo cable: 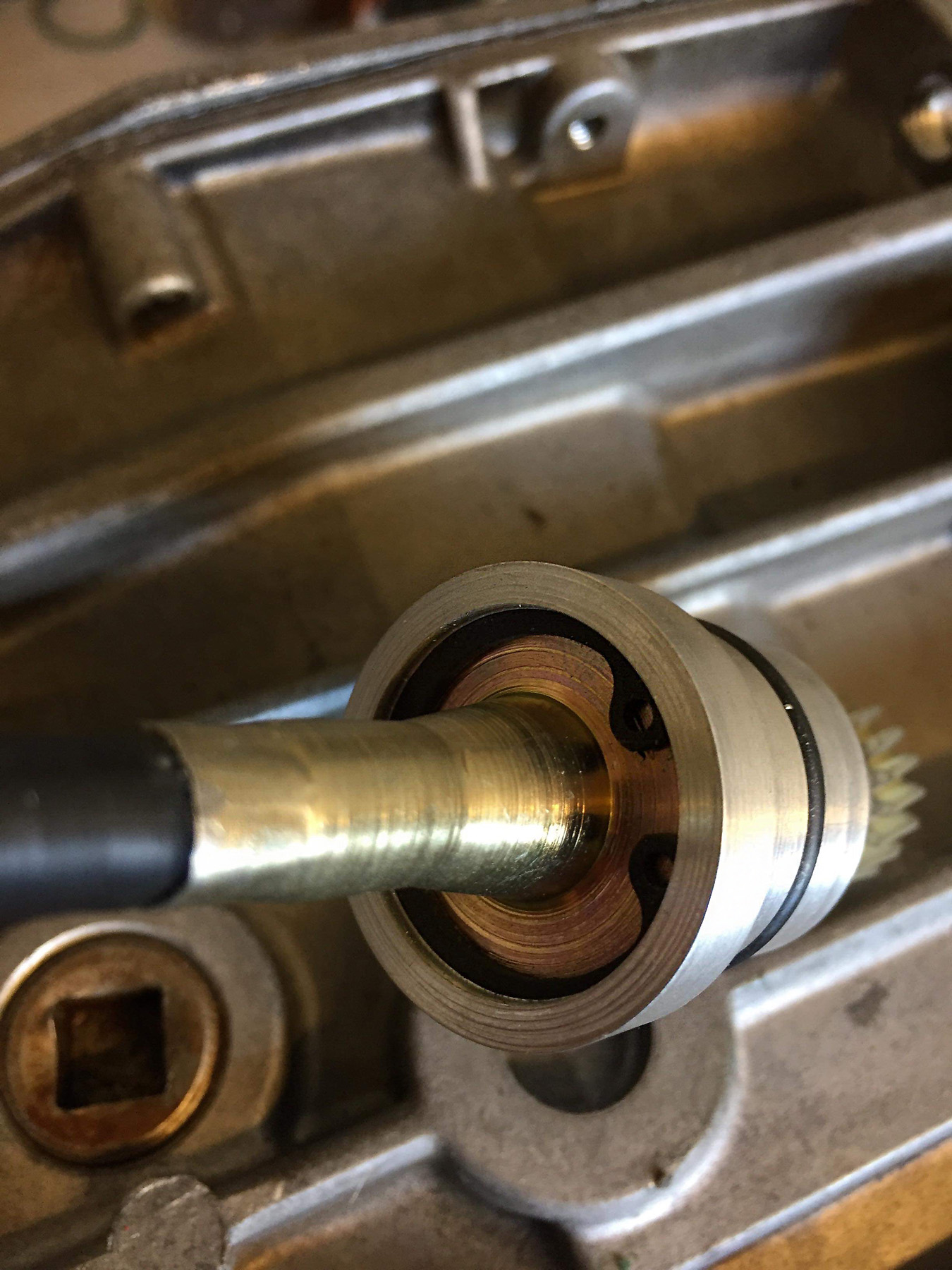 Heres the complete unit, A 9/64ths end mill was used to machine the slot. A steel tab sits against this to retain the unit in the gearbox. 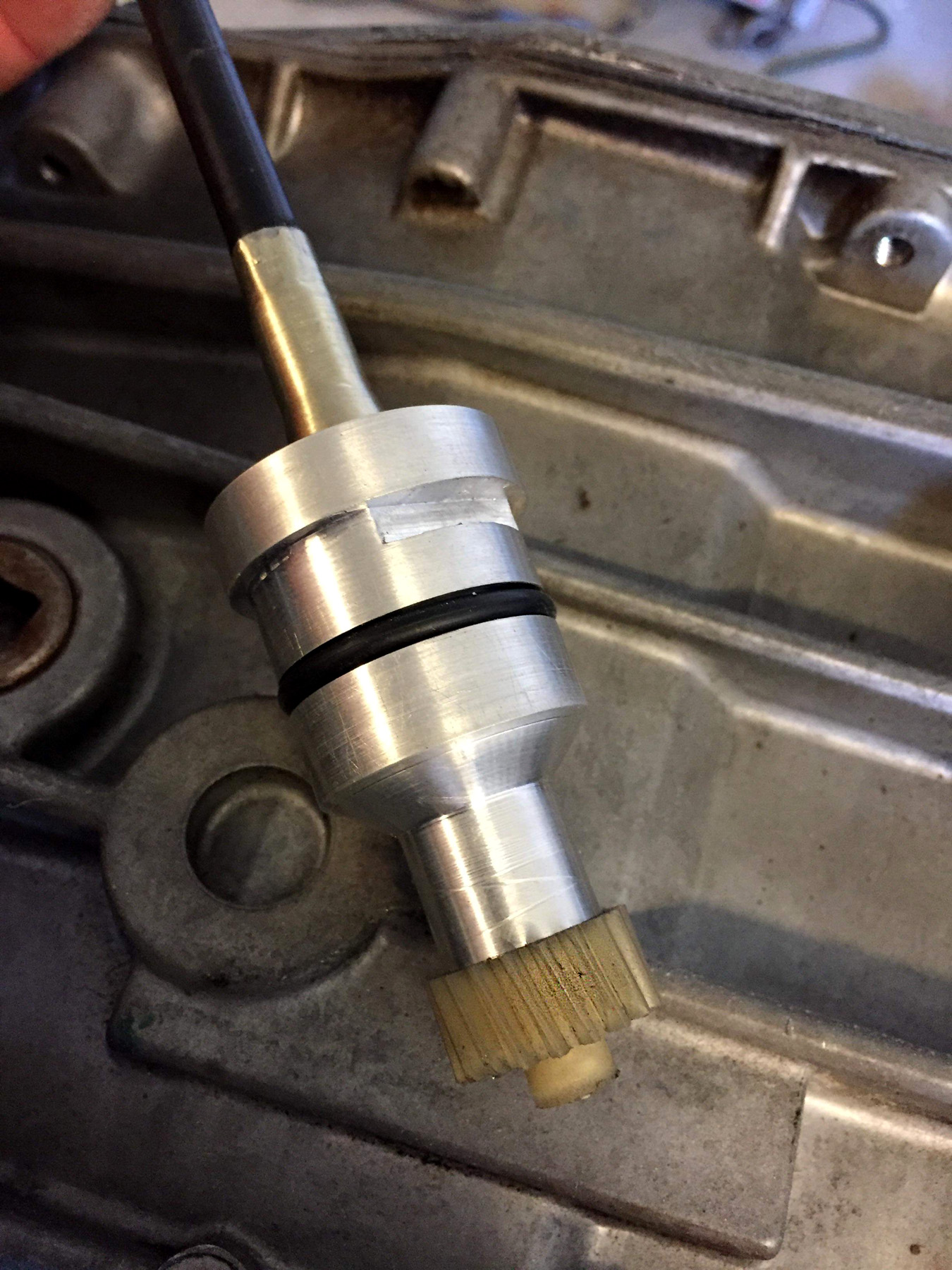 The last step was to fit a small stainless rod to the end of the driven gear, this will stop the gear dropping when reverse is engaged. 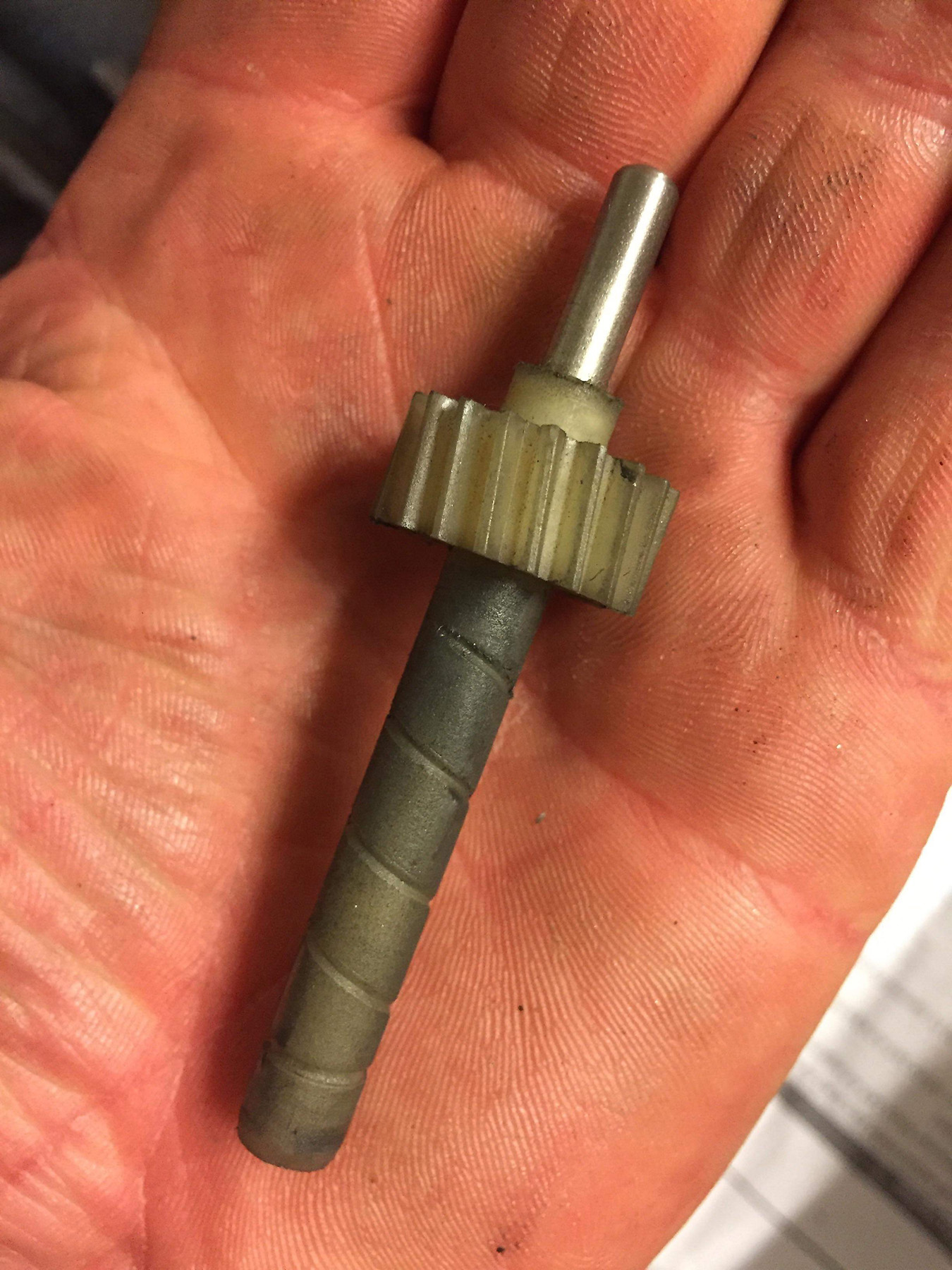 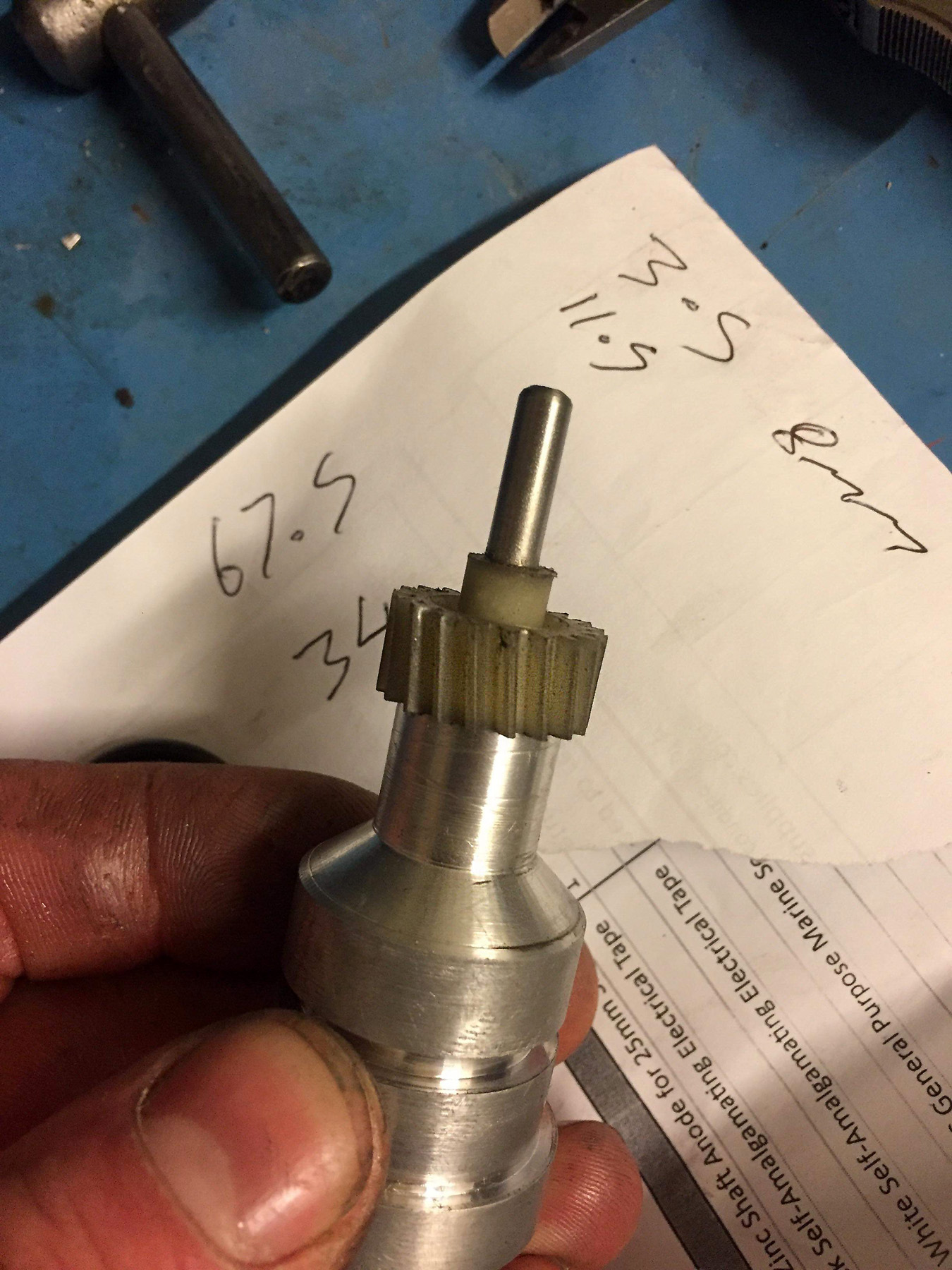 Its all been tested together on the bench and it all looks like it should work. We'll see how it holds up once its on the car! 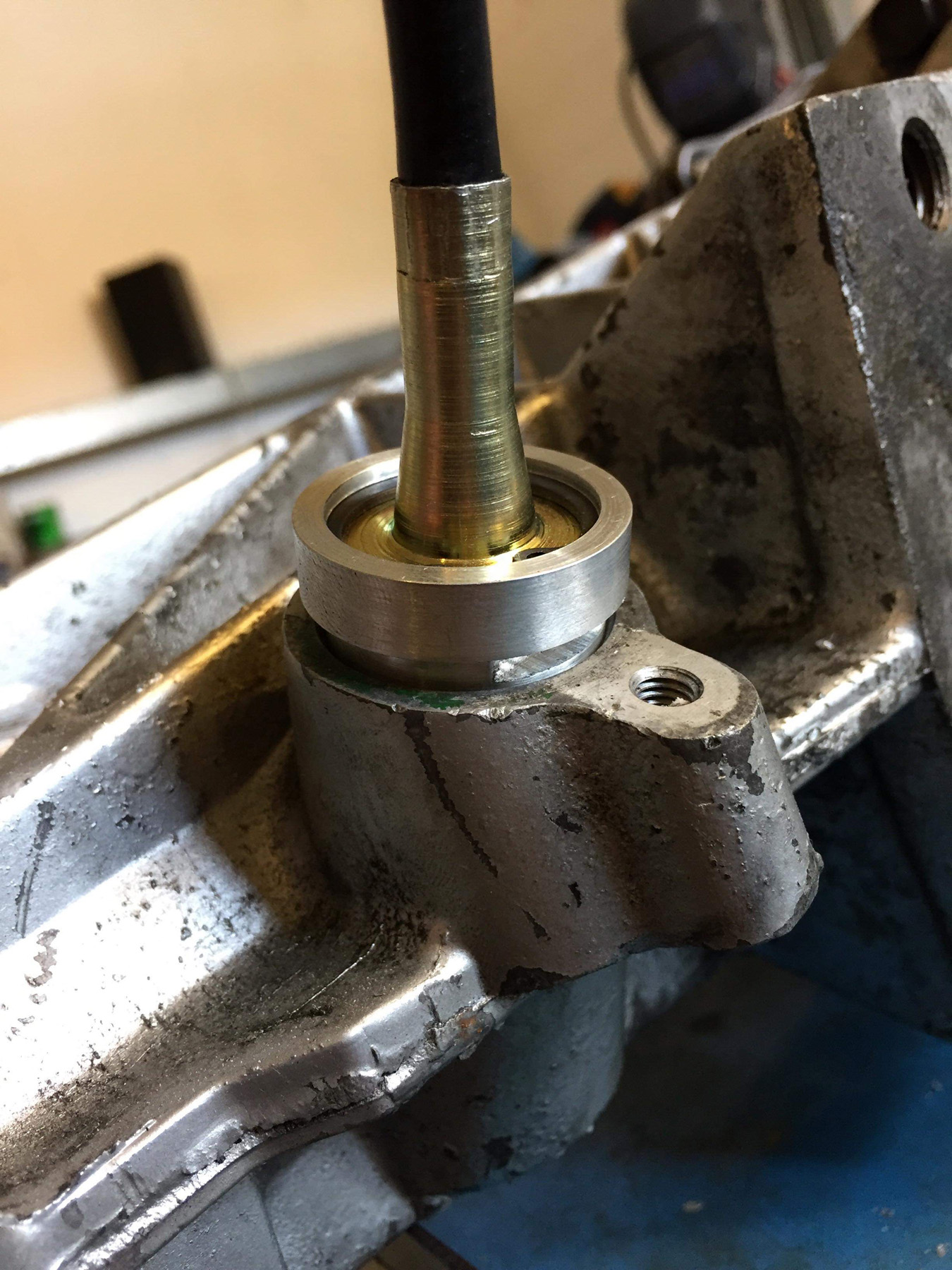