Discuss and exchange views and technical information about our cars.

I was wondering if anyone had ever fitted Thule roof bars to an SE5a - with the four feet for a standard roof, and if so if they had discovered which of the Thule fitting kits would work on the car? - It's not listed of course on the Thule website, but one of the kits aimed at cars with roof gutters might do the job? (I'm an optimist!)
Failing that can anyone recommend an available roof rack, or bars, sturdy enough to carry a Kayak or similar, and which will fit the car?

I don't think the gutters will take any tension. I would try something like this. https://www.ebay.co.uk/itm/Handirack-In ... Swiq9bbA8s
Regards Terry H
1185

I think the temporary/inflatable bars rely on 4 door and or opening rear windows?

Agreed, not convinced about the gutter strength but I have seen GTEs with classic roof racks.

I don't think I'd trust Scim gutters. I just feel they can't be as strong as welded on steel ones.

This is SAR in the mid seventies. No problems at all with a gutter fitted rack and I regularly transported a quite heavy inflatable dinghy on it.

SECURE DRY STORAGE FOR YOUR SCIMITAR

I've had reasonably heavy stuff on it such as SS1 doors, tyres, suitcases etc

Yes absolutely - feet would be best - which is why I was thinking of using the Thule ones from Halfords which I've used on other vehicles, and which are incredibly robust - but the trouble is they need a fitting kit to secure them to to the lip of the guttering and prevent movement, (whilst the weight is actually taken by the roof). However there is of course no Thule fitting kit made specifically for the Scimitar - but there must be one that would do it? Looks like no-one has gone down this route though, so I may start looking out for a sturdy period roof rack with feet, unless I can persuade someone at Halfords to start opening all the boxes!!! Many thanks for all the thoughts and smashing photos though.

Thanks for that, but I can't seem to find a Morris Marina listed (or any Morris for that matter) on the Thule website (they don't seem to have anything pre- 2001) - sounds promising though in terms of roof line, - wondered also about an MGB or even a Capri as well, but how did you laterally get from a Scimitar to a Marina?

I've got a period roof rack for my GTE, its one of the ones with with feet to spread the load onto the roof. Its made by ASM (of runcorn)

They look quite smart in chrome with hardwood batons down the middle, They are width ajustable so can suit a range of cars. The 5a foof is quite narrow so keep that in mind when looking as the ones to suit larger cars probably wont fit. The forward and rear ends can be adjusted flat to better take long loads.

Worth sticking in a watch word search on Ebay...

I've used mine quite a bit and they will take quite substantal loads very securely... 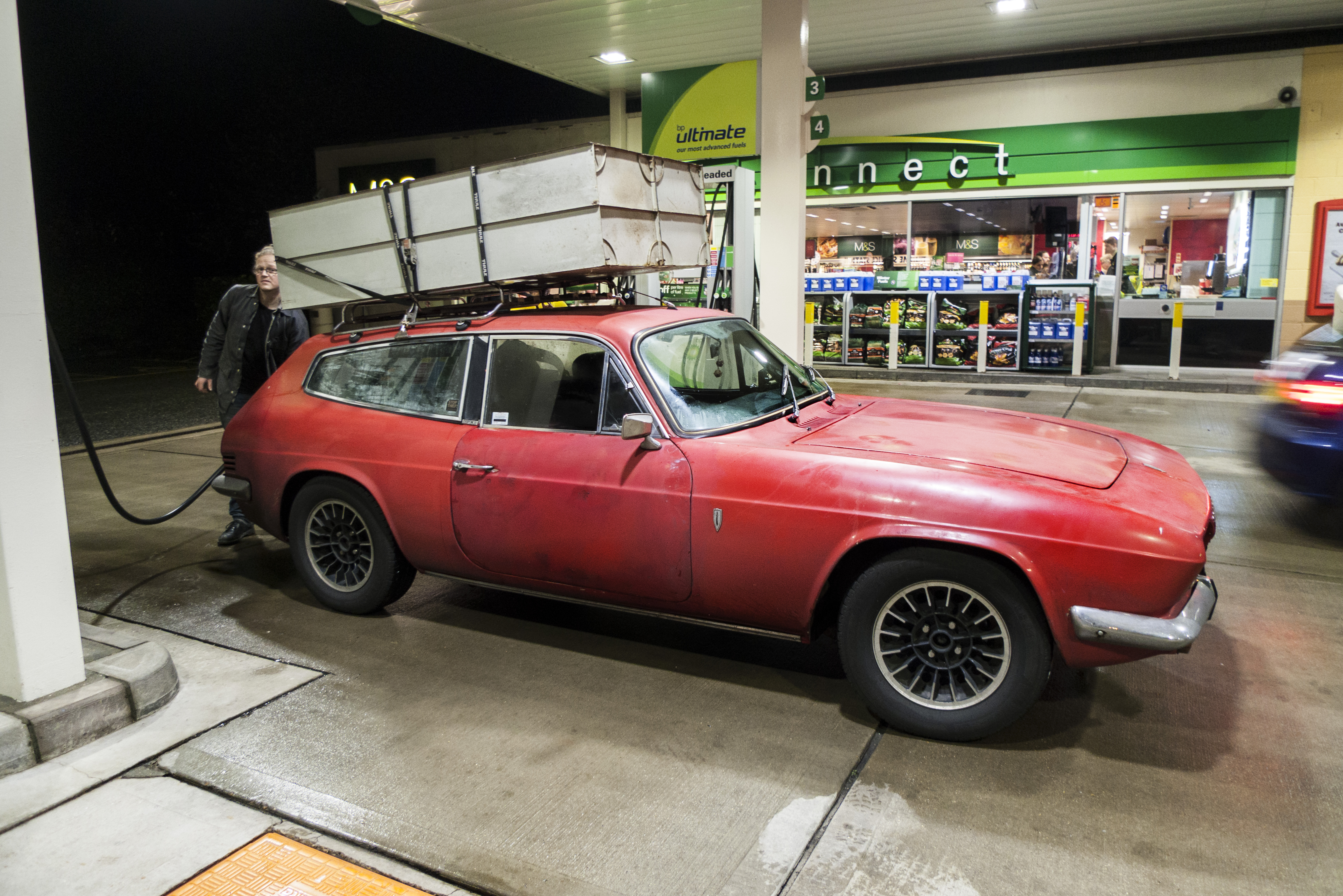 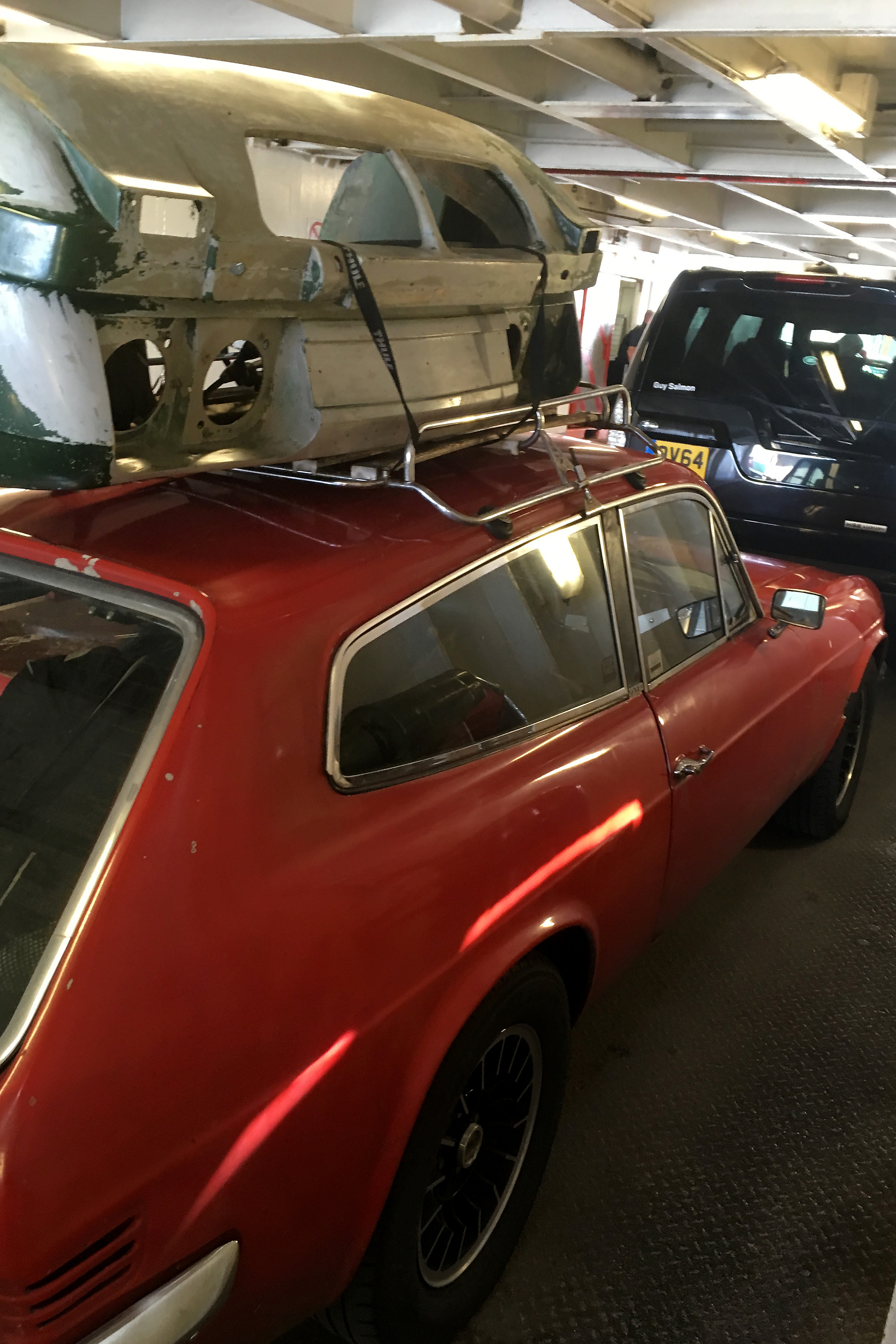 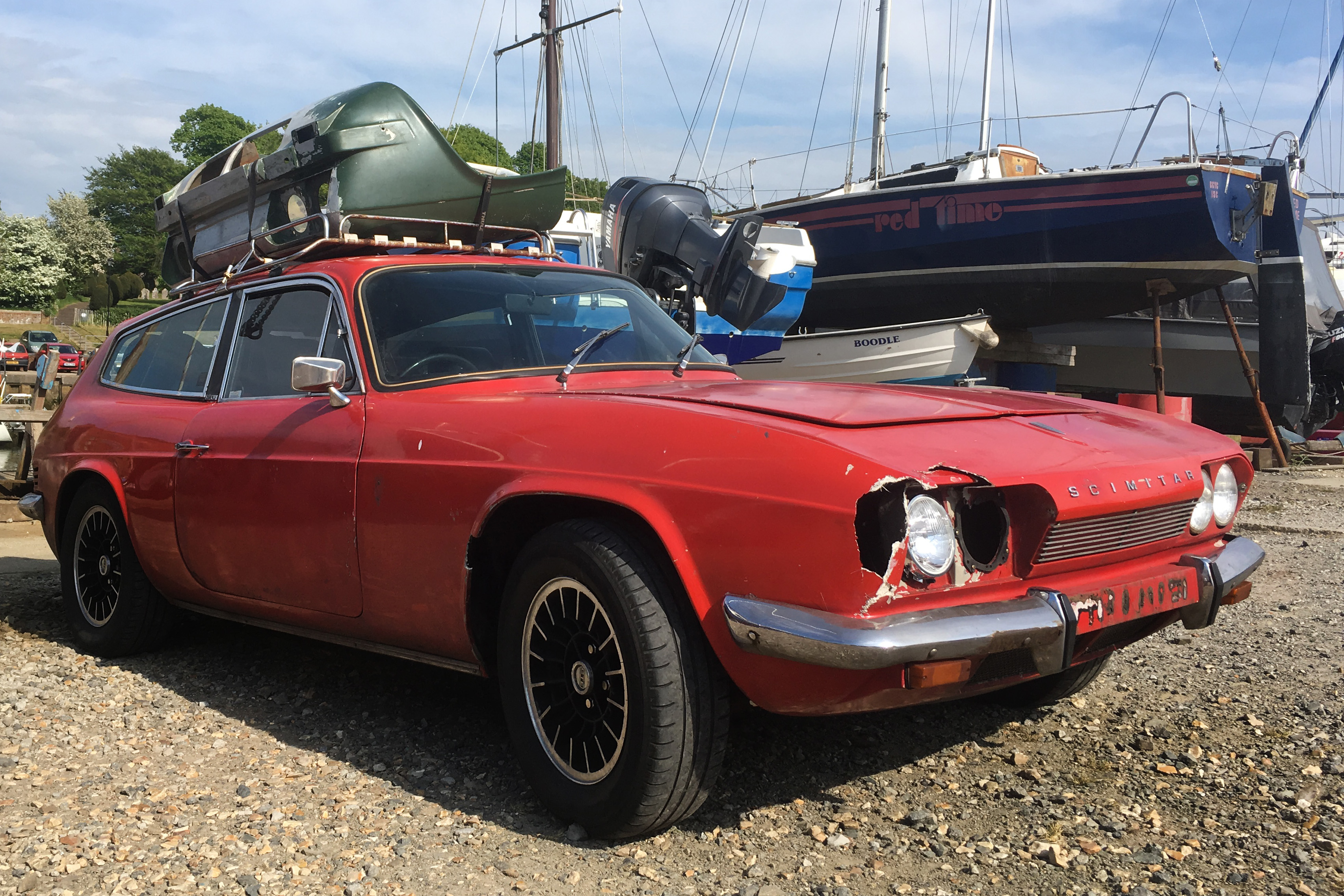 Ah yes found it now under 'Rover' (lateral thinking duly applied) - Thule Foot-pack 951, with an MGB owner saying it works a treat, - only trouble is it looks like all the weight is on the gutters, but maybe also on the slope of the roof - so not sure...May risk it and report back.